The Tanis creatures are thought to have been killed on the day a giant asteroid slammed into the earth. 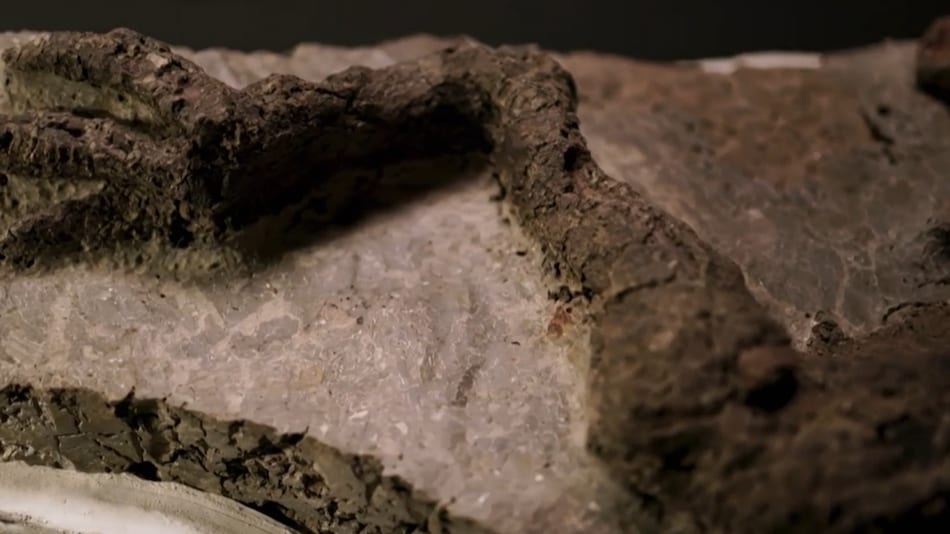 Scientists have found a “stunningly preserved” leg of a dinosaur, and they believe it is the first fossil linked to the catastrophic asteroid event that wiped out the dinosaurs. The remarkable discovery at the Tanis fossil site in the US State of North Dakota is found to have skin still attached to it. Scientists hope this limb could offer insights into what actually happened 66 million years ago when a giant asteroid crashed into Earth and wiped out the dinosaurs from this planet and led to the rise of mammals.

Archaeologists have been able to find few specimens from the final years before the asteroid impact. But they believe the Tanis creatures were killed on the day the asteroid slammed into Earth. So, this finding attains extraordinary significance for them.

The BBC stated that it had spent three years filming at Tanis for a project to air later this month. It will be narrated by Sir David Attenborough and will show many of the specimens for the first time.

In addition to the leg, scientists discovered fish that inhaled impact debris as they fell from the sky. There was also a fossilised turtle stabbed by a wooden stick, small mammal remnants and the burrows they dug, horned triceratops skin, and a flying pterosaur embryo within its egg.

Tanis' existence, as well as the claims made for it, were first published in the New Yorker magazine in 2019. This triggered an uproar then because the initial presentation of new discoveries in science is usually done in the pages of a scholarly journal. A few peer-reviewed studies have been published since then, and the dig team assures that there will be many more when the fossils are extracted, prepared, and described.

The 12km-wide asteroid slammed into the present-day Gulf of Mexico, which is about 3,000km from Tanis. Why the fossils at Tanis are so well preserved remains a mystery, though the devastation caused by the asteroid crash was far and wide.

Robert DePalma, a PhD student from the University of Manchester, who is leading the Tanis excavation said that with this site they have a lot of information that tells them what happened in real time.