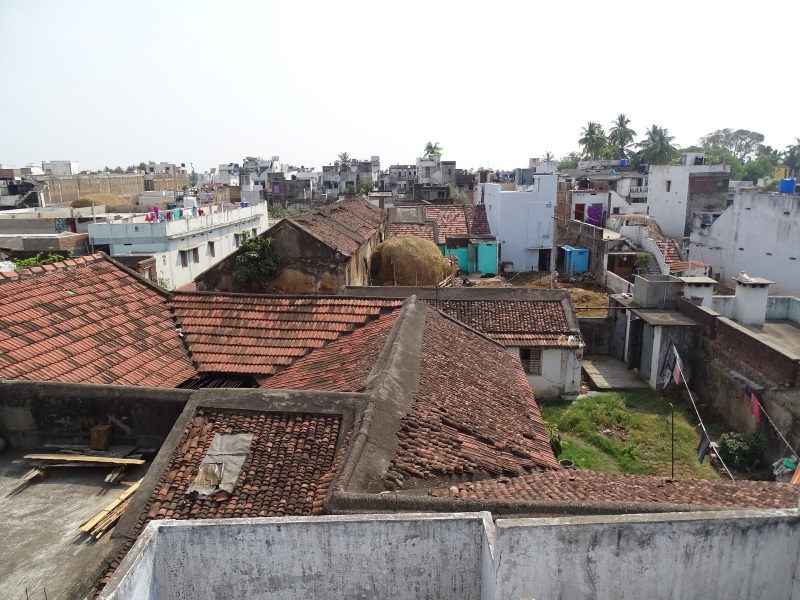 A CSIR laboratory in West Bengal has designed a 'solar power tree' that takes up only four square feet of space and produces about three kilowatts (kW) of power - enough to power about five households.

"The challenge was to come up with a design so as to generate more solar power in less land space," Sibnath Maity, chief scientist at the Central Mechanical Engineering Research Institute (CMERI) in Durgapur, which developed the "tree", told IANS.

"For one MW of power, one needs five acres of land. To generate 10,000 MW we would need 50,000 acres. Now this poses a dilemma in states like West Bengal and Bihar," Maity said.

The "solar tree" was inaugurated on Tuesday by union Science and Technology Minister Harsh Vardhan during his maiden visit to the CMERI, which is a constituent of the Council of Scientific and Industrial Research (CSIR).

The three kW solar power tree resembles a tree with branches at different tiers and could be squeezed on rooftops and highways with a space requirement of around four square feet.

"The branches hold up the 30 photovoltaic panels and the system costs around Rs.3 lakh with battery back-up," Maity said.

One 'solar power tree' would be installed at the ministry of science and technology and one at Harsh Vardhan's bungalow, as per the minister's request, informed Maity.

"I happily took part in live demonstration of the tractors developed by CSIR-CMERI by being literally in the driver's seat and actually driving one vehicle," the minister posted on his official Facebook page.

"I lauded the contribution of the institute in Green Revolution with its immensely successful technological achievements - the 'Swaraj Tractor' followed by the 'Sonalika' and the 'Krishi Shakti'. I also drove the 'e-Rickshaw' developed by the institute with great enthusiasm," Harsh Vardhan added.