Could a Space Congestion Charge Clear Up Junk-Ridden Skies?

From dead satellites to bits of rockets, the amount of debris orbiting the planet is already huge. 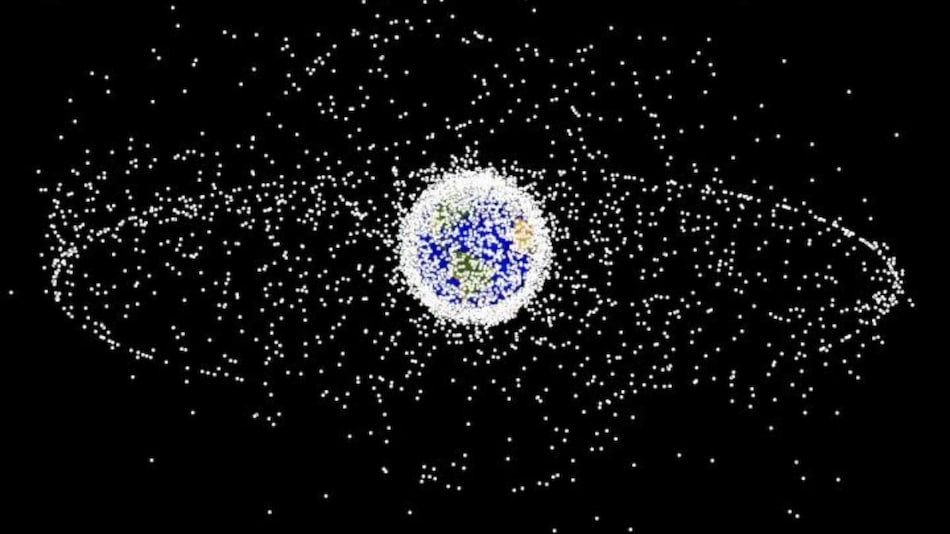 A computer-generated image representing space debris as could be seen from high Earth orbit.

Countries should levy an "orbit congestion charge" on satellite operators to tackle the growing concentration of space junk cluttering the skies, researchers said on Monday, but with some doubting the practicalities of such a fee.

From dead satellites to bits of rockets, the amount of debris orbiting the planet is already so great that space agencies often have to alter the course of satellites to avoid collisions.

With the world increasingly reliant on orbital infrastructure to maintain communications links and steer new generations of autonomous vehicles, scientists warn that the danger posed by debris is growing exponentially.

The best way to deal with it would be to charge satellite operators an annual orbital-use fee for every satellite launched, according to an economics analysis by researchers at the University of Colorado at Boulder.

"Space is a common resource, but companies aren't accounting for the cost their satellites impose on other operators when they decide whether or not to launch," Matthew Burgess, who co-authored the study, said in a statement.

"We need a policy that lets satellite operators directly factor in the costs their launches impose on other operators."

Under current regulations, satellite operators are unable to secure exclusive property rights on orbital paths or recover collision-related costs due to others' junk, the researchers said.

This encourages companies to race into space to make some money before it gets too crowded, according to the study published in the scientific journal, Proceedings of the National Academy of Sciences.

Solutions proposed so far have mainly focused on technological fixes - such as removing debris with nets or harpoons - that do not address the roots of the problem, said Akhil Rao, the paper's lead author.

"From an incentive standpoint, if we start sucking the debris out, then people are just going to launch more and more satellites until there's enough debris that it's not worth it for them to launch anymore," added Burgess.

He said an annual fee agreed through an international treaty would push companies to be more mindful about the risk of creating more junk and to de-orbit satellites when necessary.

Holger Krag, the head of European Space Agency (ESA) space debris office, said the idea was "interesting" and the agency was studying similar approaches and looking at ways to calculate the environmental impact of space missions.

But the plan could be tricky to put into practice, Christopher Newman, a professor of space law at Northumbria University in Britain told the Thomson Reuters Foundation.

A levy could be seen as a restriction on the freedom of usage of space enshrined in the 1967 Outer Space Treaty, which regulates life far from earth, and getting states to agree to it was no easy task.

"A scheme like this could easily get bogged down in a quagmire of detail," he said.