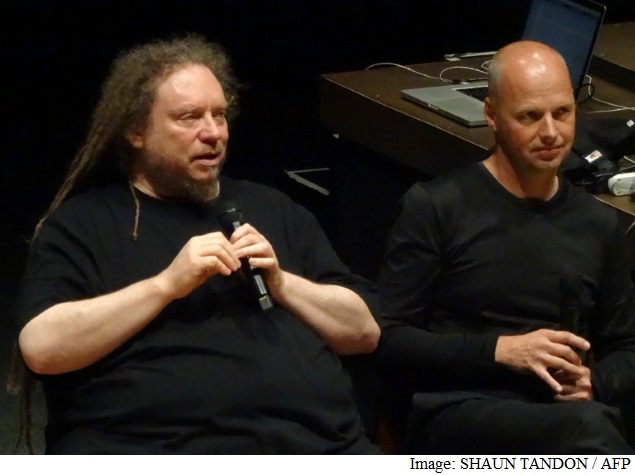 The world has only touched the surface of technological progress and computers may soon be able to transmit the complexities of human personalities, a prominent inventor says.

Sebastian Thrun, who founded the Google X laboratory where the Internet search giant has developed Google Glass and driverless cars, said it was often difficult to grasp concepts before they come to fruition.

But he said that, much like data is now routinely transmitted via computers, the same may soon be true for full personalities.

"Perhaps we can get to the point where we can outsource our own personal experiences entirely into a computer and possibly our own personality. Maybe we're going to have a demo at some point where the computer runs 'Sebastian,'" he told a symposium Thursday evening at Stanford University.

"It's maybe unimaginable but it's not as far off as people think. It's very doable," said the German-born computer scientist, who remains a fellow at Google.

"I do believe that in all these technologies we have just scratched the surface. Almost everything interesting hasn't been invented yet," he said.

Other upcoming inventions predicted by Thrun include flying cars, computers that are implantable into the human body, and medical treatments that will drastically curb unnatural deaths.

Thrun was speaking as part of events to mark the premiere of "The Demo," an experimental opera about the 1968 data transmission test by scientist Doug Engelbart that helped pave the way for the creation of the Internet.

But Jaron Lanier, a virtual reality pioneer known for his books on the philosophy of computers, doubted that scientists could ascertain how to share personalities.

"You are a moving target, and the way you change yourself in response to the presence of that technology would undo any ability to measure whether it has succeeded," he said.

Lanier warned that Silicon Valley put too much faith in technology's progress.

"I think we are going to have a real struggle to define ourselves in a humane and sweet way as we go through a lot of changes," he said.

He warned that technological innovations risked worsening inequality, saying: "I don't think the interests of entrepreneurs and everyone else are always aligned."

He gave the example of Egypt, saying that Silicon Valley was too congratulatory about the role of social media in the 2011 revolution that brought down strongman Hosni Mubarak.

"When it starts to go wrong, we don't take responsibility for that. There is a way in which we are being a little selective in tallying our victories," he said.

Nissan Pledges to Launch Self-Driving Cars in Japan by 2016
I Figured Out How to Tie a Bow Tie, No Thanks to YouTube