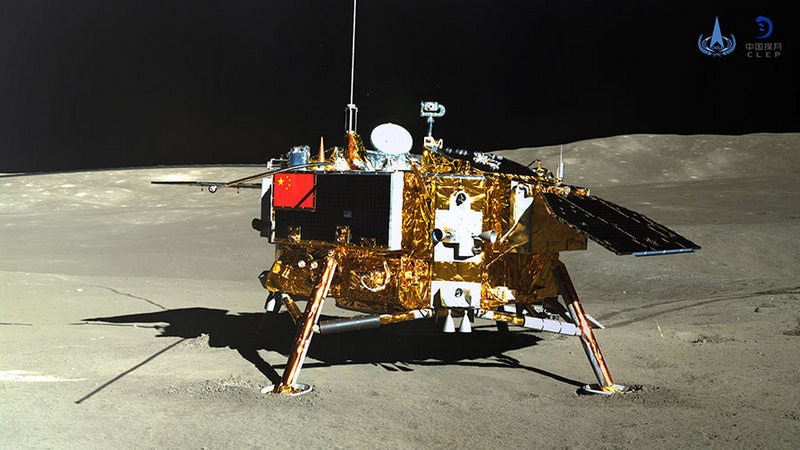 The largest stone detected has a diameter of about 20 cm, and the rover came as close to it as 1.2 metres, Xinhua news agency reported on Wednesday.

According to Ping Jinsong, a researcher with the National Astronomical Observatories under the Chinese Academy of Sciences (CAS), the rocks on the lunar surface might be splintered body as a result of the meteorite impact.

Scientists have found evidence indicating a heavy asteroid bombardment event in the Solar System around 3.9 billion years ago and the SPA Basin might be an impact from that period.

The exploration might offer clues as to why the bombardment occurred, said Zou Yongliao, director of the lunar and deep space exploration division of CAS.

The other possibility is that the stones are aboriginal and contain geological information different from the lunar dust, said Ping.

"The rocks on the far side are more ancient. The analysis of their substance composition might help us better understand the evolution of the Moon," said Zou.

In addition, the study on the tracks of the rover may reveal the information about the evolutionary history of the lunar surface over billions of years, Ping said.

The 135-kg lunar rover Jade Rabbit-2 is the first-ever rover to drive on the Moon's far side, as well as the lightest rover ever sent to the Moon.