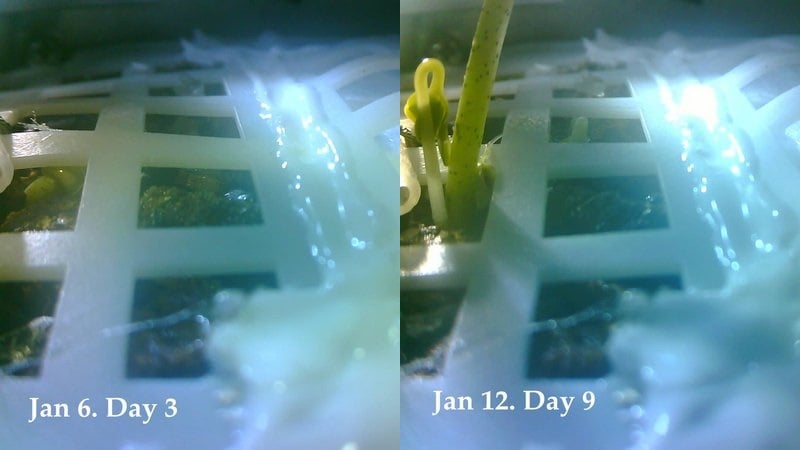 A cotton-seed carried to the Moon by China's recent Chang'e-4 probe has sprouted, the first for any biological matter to grow on the Moon, the media reported on Tuesday.

Images sent back by the probe showed that a cotton sprout had grown well, though no other plant was found growing, the Xinhua news agency reported.

On January 3, China's robotic spacecraft Chang'e-4 landed on the far side of the moon, a first in the human history of space exploration.

The 1.3-tonne lander, which made a soft landing on the Moon, carried the seeds of cotton, rape, potato and, arabidopsis, as well as eggs of the fruit fly and some yeast, to form a simple mini biosphere, according to a team led by scientists from Chongqing University in southwest China.

Plants have been grown on the International Space Station before but never on the Moon.

The ability to grow plants on the Moon will be integral for long-term space missions, like a trip to Mars which would take about two-and-a-half years.

It would mean that astronauts could potentially harvest their own food in space, reducing the need to come back down to Earth to re-supply, the BBC reported.

The plants are kept in a sealed container on board the Chang'e-4 lander. The crops will try to form a mini biosphere - an artificial, self-sustaining environment.

The lunar mini biosphere experiment on the lander is designed to test photosynthesis and respiration - processes in living organisms that result in the production of energy.

The whole experiment is contained within an 18 cm tall, 3 kg canister that was designed by 28 Chinese universities, the BBC said.