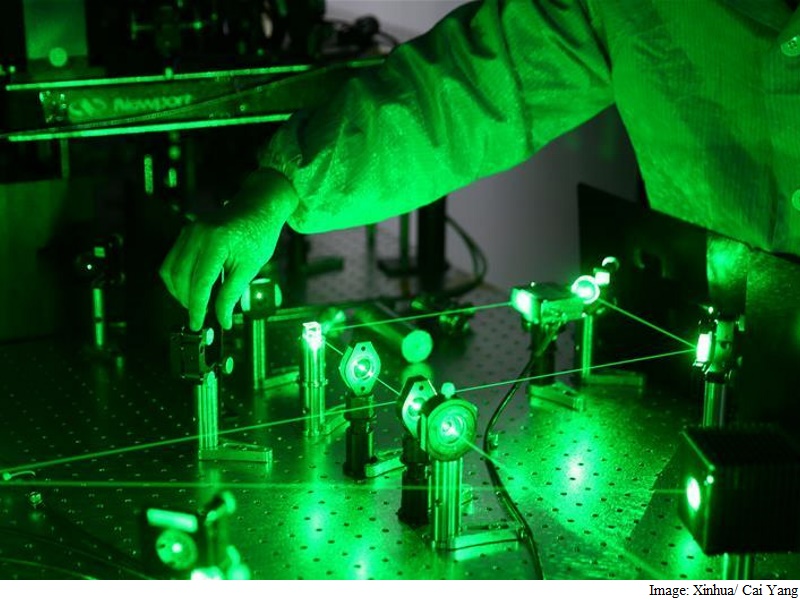 Based on the principles of quantum physics, quantum communication provides a new way to process information, including encoding, storage, transmission and logic operations, as well as the precise manipulation of photons, atoms and other microscopic particles, the People's Daily reported on Tuesday.

"Traditionally, secure encryption and transmission of information is dependent on complex algorithms," said Pan Jianwei, a Chinese quantum scientist and professor at the University of Science and Technology of China.

"But with the increase in computing power, the complex algorithms are bound to be cracked."

Quantum communication boasts of ultra-high security, as a quantum photon can neither be separated nor duplicated. It is, therefore, impossible to wiretap, intercept or crack information transmitted through quantum communication, said Pan.

China will launch its first experimental quantum communications satellite in July. It will be the first of its kind in the world.

Pan also predicted that within a decade or so, it will be possible to create a special quantum computer or quantum simulator, in which the computing power is 10 billion times faster than that of a conventional computer.