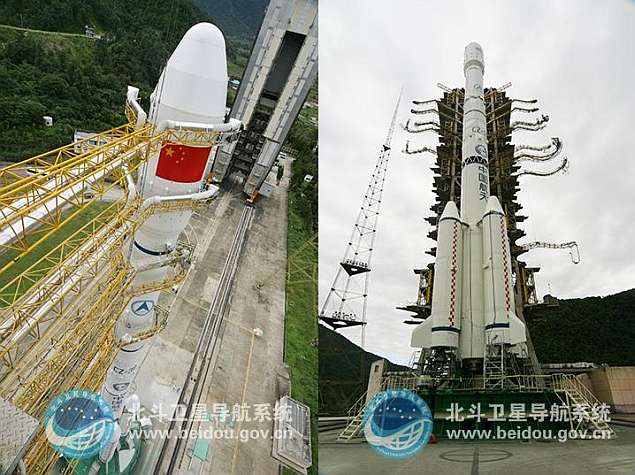 China launched a new-generation satellite into space for its indigenous BeiDou global navigation and positioning network on Monday.

Launched from the Xichang Satellite Launch Centre in the south-western Chinese province of Sichuan, the satellite was boosted by a Long March-3C carrier rocket developed by the China Aerospace Science and Technology Corporation, reported the state-run Xinhua news agency.

This is the 17th satellite for the BeiDou Navigation Satellite System (BDS). The launch marked the beginning of an expansion of the BDS from regional to global coverage.

The latest satellite will be tasked with testing a new type of navigation signalling and inter-satellite links, providing a basis to start building the global network, according to the report.

An independent aircraft was installed on the carrier rocket, marking the first time China has used such a technology in launching a spacecraft into medium to high orbit.

The aircraft, dubbed a "shuttle bus in space", can send one or more spacecraft into different orbits in space.

China launched the first BDS satellite in 2000. The BDS began providing positioning, navigation, timing and short message services to civilian users in China and surrounding areas in the Asia-Pacific in December 2012.

The system has been gradually put into use in sectors like transportation, weather forecasting, marine fishing, forestry and telecommunication.

The new satellite was developed by the Shanghai Engineering Centre for Microsatellites, a non-profit organisation established by the Chinese Academy of Sciences and the Shanghai municipal government.