Chandrayaan-2 mission will launch aboard the GSLV Mk-III rocket at 2.43pm IST today. 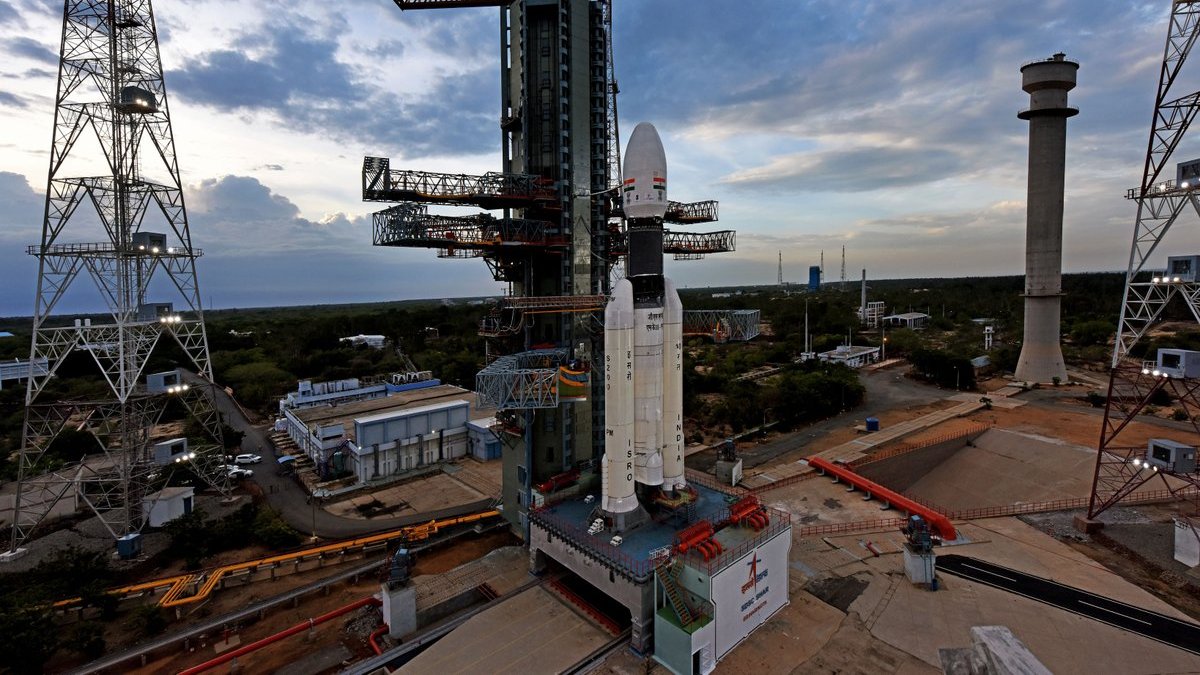 Chandrayaan-2 Moon mission: ISRO is set to launch the lander on board the GSLV Mk-III rocket.

Indian Space Research Organisation (ISRO) is all set to launch its second Moon landing mission Chandrayaan-2 today, after aborting the mission on July 15. The lift-off will begin at 2:43pm IST, and it will be live streamed for the world to see. The mission was called off an hour before lift-off last week, supposedly due to lack of pressure in the helium tanks of the rocket Geosynchronous Satellite Launch Vehicle-Mark III (GSLV-Mk III). Chandrayaan-2 is an Indian lunar mission, in which ISRO is looking to go where no country has ever gone before — the Moon's south polar region. At 1:40pm on Monday, ISRO revealed that the filling of liquid hydrogen in Cryogenic Stage (C25) of GSLV Mk-III-M1 had been completed.

When is the Chandrayaan-2 launch?

The new ISRO Chandrayaan-2 launch time is set at 2:43pm IST today. The mission will be launched onboard the GSLV Mk-III launch vehicle from the Satish Dhawan Space Centre (SDSC) in Sriharikota. It will consist of the Orbiter that will observe the lunar surface and relay communication between Earth and Chandrayaan-2's Lander — Vikram. The unmanned mission will consist of a Pragyan Rover – a 6-wheeled AI-powered that translates to 'wisdom' in Sanskrit. It can travel up to 500m and leverages solar energy for its functioning. It can only communicate with the Lander.

How to watch Chandrayaan-2 launch live?

SDSC Centre in Sriharikota had reopened registrations to witness the launch live from their viewer's gallery. However, the registration process is now closed, so if you want to watch launch, you will have to resort to live streams. ISRO will live stream the event on its Twitter and Facebook page. Doordashan will also stream the event live on its YouTube channel, and we have embedded the live stream video below for you to watch. Doordarshan's live stream will start at 2:10pm.

For all those who don't have access to the Internet, can watch the momentous occasion unfold on the Doordarshan channel on TV as well. The channel will show visuals from inside ISRO's control centre room, alongside commentary as well.

What is Chandrayaan-2 mission's prime objective?

ISRO notes that Chandrayaan-2 will attempt to soft land the lander - Vikram and rover - Pragyan in a high plain between two craters, Manzinus C and Simpelius N, at a latitude of about 70 degrees south.

“Evidence for water molecules discovered by Chandrayaan-1, requires further studies on the extent of water molecule distribution on the surface, below the surface and in the tenuous lunar exosphere to address the origin of water on Moon,” ISRO notes. “The lunar South Pole is especially interesting because of the lunar surface area here that remains in shadow are much larger than that at the North Pole. There is a possibility of the presence of water in permanently shadowed areas around it. In addition, South Pole region has craters that are cold traps and contain a fossil record of the early Solar System.”

The GSLV Mk-III is India's most powerful launcher to date and is capable of carrying 4-ton class of satellites to the Geosynchronous Transfer Orbit (GTO). Components of the three-stage launcher include S200 solid rocket boosters, L110 liquid stage, and the C25 upper stage. The orbiter weighs 2,379 kg and has an electric power generation capability of 1,000 W. It will be placed in a 100x100 km lunar polar orbit. The Vikram lander weighs 1,471 kg and possesses an electric power generation capability of 650W. The 6-wheeled Pragyaan rover weighs 27kg and can generate 50W of electrical power. It can travel up to 500m and relies on solar energy for its functioning.

As for the project life of mission components, the orbiter is expected to be functional for around a year. The mission of Vikram lander and Pragyaan rover is touted to be one lunar day, which translates to 14 days on Earth.