Chandrayaan-2: Lack of Pressure in Helium Tanks May Have Led to Mission Abortion

There is still no official information on the next launch window. 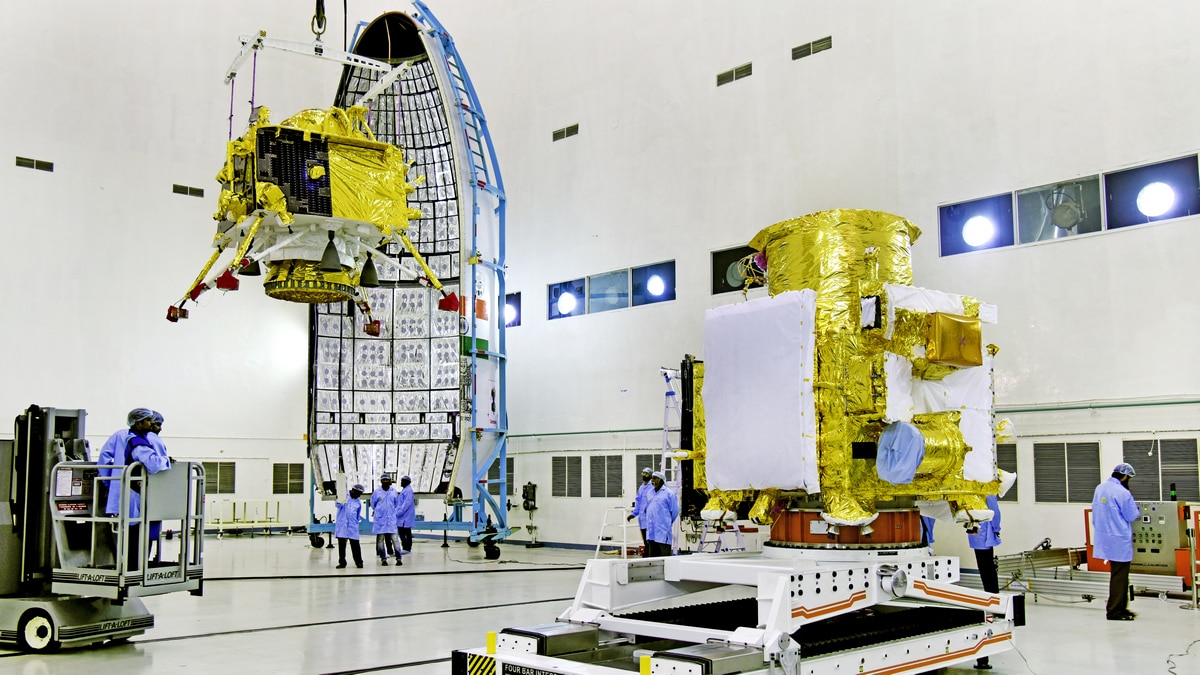 Non-building of sufficient pressure in the helium tanks in the 'Bahubali' rocket could be the reason for calling off the moon landing mission Chandrayaan-2 one hour before the rocket's take off, said two retired official of Indian space organisation.

The rocket Geosynchronous Satellite Launch Vehicle-Mark III (GSLV-Mk III) was supposed to lift off at 2:51am on Monday with India's second moon mission spacecraft Chandrayaan-2.

"A technical snag was observed in launch vehicle system one hour before the launch. As a measure of abundant precaution, #Chandrayaan2 launch has been called off for today. Revised launch date will be announced later," ISRO tweeted and didn't elaborate further.

According to the retired officials of Indian Space Research Organisation (ISRO) there should be proper pressure in the liquid fuel tanks so that there is continuous flow of fuel to the combustion chamber.

"While the fuel is fed into the combustion chamber from the bottom, helium gas is filled from the top. It seems sufficient pressure was not being built up and hence the launch was called off," a retired ISRO official told IANS.

According to him, the flow of fuel to the combustion chamber should be uniform for the rocket to fly.

In 2006, the GSLV-F02 (different variant of GSLV) went out of control less than a minute after lift-off and had to be destroyed in air after it started breaking up.

The reason for the failure, an expert committee in its failure analysis report said, was that a propellant regulator in one of the four strap-on liquid motors had much higher discharge coefficient in its closed condition.

"The reason for this could be an inadvertent error in manufacturing, which escaped the subsequent inspection, and acceptance test procedures. This regulator has functioned satisfactorily in all the previous 50 engines manufactured and tested so far," the report said.

"The primary cause for the failure was the sudden loss of thrust in one out of the four liquid propellant strap-on stages (S4) immediately after lift-off at 0.2 sec. With only three strap-on stages working, there was significant reduction in the control capability," the report said.

According to that report, the thrust of the liquid engines used in the strap-on stages is precisely controlled by a set of regulators.

"Detailed analyses have indicated that in S4 engine the thrust control was not effective. Instead of stabilizing at 5.85 MPa (Mega Pascal) chamber pressure, it reached 7.11 MPa at 2.8 sec. This was much beyond the design limits and the engine failed at 0.2 sec after lift-off, that is 5 sec after its ignition," the report said.

"The very high operating pressure and temperature resulted in the structural failure of the gas generator. The consequent abrupt stopping of the turbo pumps that feed propellants at very high pressures to the engines led to loss of thrust of S4 engine.

At that time ISRO ruled out any sabotage theories and said the quality checks and inspections has been strengthened.

Incidentally, even the very first flight of GSLV slated for 28.3.2001 was automatically aborted seconds before the lift-off.

That launch was aborted with the automatic shutdown of the main engine just a second before the lift off.

That too after the four liquid propulsion strap-on boosters started burning.

The automatic shut off system was activated when it sensed that one of the strap-on boosters did not develop the required thrust. The vehicle was immediately disarmed.