Earlier, ISRO had released images of the moon's surface clicked by Orbiter High-Resolution Camera on board Chandrayaan-2. 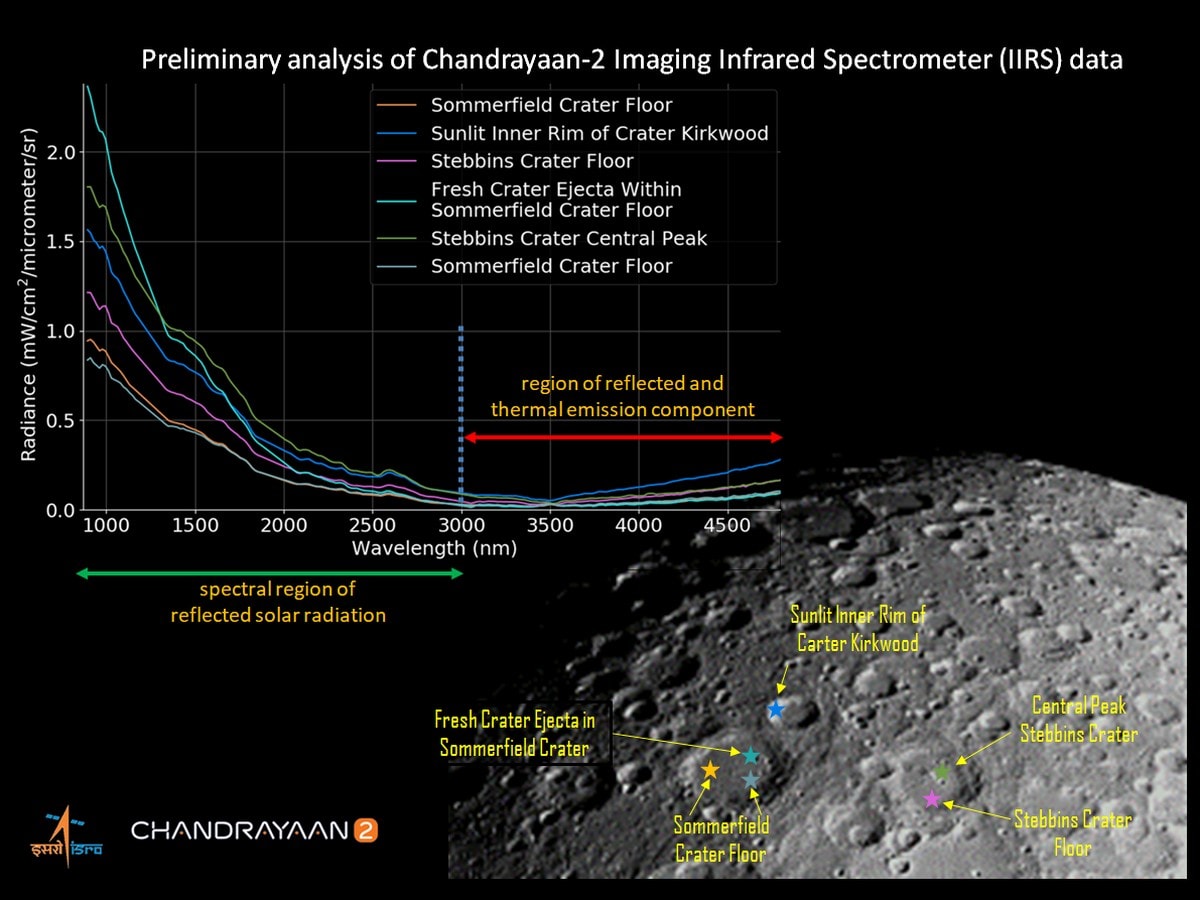 The Indian Research Space Organisation (ISRO) on Thursday released the first image of the surface of the moon captured by the Imaging Infrared Spectrometer (IIRS) payload on-board Chandrayaan 2.

"See the first illuminated image of the lunar surface acquired by #Chandrayaan2's IIRS payload. IIRS is designed to measure reflected sunlight from the lunar surface in narrow and contiguous spectral channels," ISRO tweeted along with the picture on its account.

The image covers part of the lunar farside in the northern hemisphere. A few prominent craters (Sommerfield, Stebbins and Kirkwood) are seen in the image.

The IIRS on-board Chandrayaan-2 is designed to measure the reflected sunlight and emitted part of Moon light from the lunar surface in narrow and contiguous spectral channels (bands) ranging from ~800 - 5000 nanometre (0.8-5.0 micrometre (um)), ISRO said in a statement.

It uses a grating to split and disperse the reflected sunlight (and emitted component) into different spectral bands.

"The major objective of IIRS is to understand the origin and evolution of the Moon in a geologic context by mapping the lunar surface mineral and volatile composition using signatures in the reflected solar spectrum," the space agency said.

"The variations in the spectral radiance are primarily due to the mineralogical or compositional variations that exist in the lunar surface and also due to the effect of space weathering," the space agency further said.

Earlier this month, the ISRO had released images of the moon's surface clicked by Orbiter High-Resolution Camera (OHRC) on-board Chandrayaan-2.

The space agency had lost communication from its Lander Vikram which was supposed to soft-land on the far side of the moon on September 7.

The Lander successfully separated from Chandrayaan-2 Orbiter on September 2. After revolving the Earth's orbit for nearly 23 days, the craft began its journey to the moon on August 14.