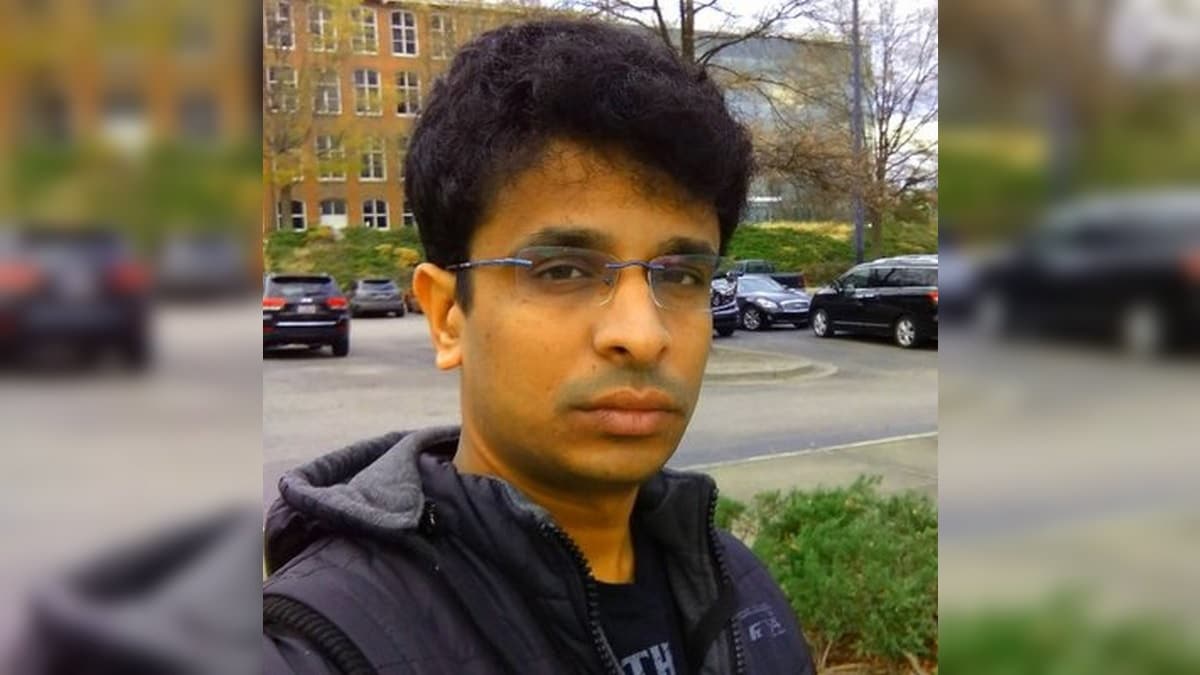 Shanmuga Subramanian, the eagle-eyed citizen space scientist who found Vikram Moon lander said on Tuesday that he took spotting it as a challenge when NASA couldn't. He said in an email interview to IANS: "It was something challenging as even NASA can't find out so why can't we try out? And that's the thought that led me to search for Vikram lander."

Subramanian, who works as an information technology architect, in his spare time looked through the images taken by NASA's Lunar Reconnaissance Orbiter (LRO) camera on September 17 and spotted debris from Vikram.

Those images were taken when the light during moon's dusk was very harsh at the place where the Moon lander crashed and the long shadows made the hunt for Vikram difficult, NASA and LRO said at that time.

LRO Project Scientist Noah Petro, to whom Subramanian emailed his finding, told IANS: "The story of this really amazing individual (who) found it, helped us find it, is really awesome."

The Vikram Moon lander was sent by the Indian Space Research Organisation (ISRO) aboard the Chandraayan-2 that orbited the Moon.

Vikram was launched from Chandrayaan-2 on September 6 in hopes of making a safe-landing and exploring the Moon's surface. However, it lost contact with ISRO minutes before the scheduled landing and crashed.

Petro said: "This is the wonderful thing about our data. We released it for the world and anyone can use and he used it to make this discovery."

"LRO's data is a treasure trove. I would suggest students and others to help out NASA, ISRO and other space organisations by building a good database of LRO images with features like comparison etc.," Subramanian told IANS.

"Currently we have to compare it manually (and I) wish someone can do more on that, with NASA's scientists time-crunched for their Moon missions," he added.

Asked how he got interested, Subramanian said: "Space exploration is nothing new for me as I have been interested in space right from the scratch and watched ISRO's rocket launches closely even managed to capture some of it on my YouTube channel.

"I don't think Vikram lander would have made a such impact on the minds of the Indian public if it had landed successfully (but) since it was lost there was a lot of discussion in public forums as well as on my Facebook regarding what malfunctioned etc.

"The crash landing of Vikram made more people interested in it and it also got eventually hooked me, which lead to me searching NASA's pic for nearly some 4-5 hours every night."

Subramanian spoke of the social media world of space enthusiasts where intense discussions were taking place about the mystery of Vikram and which helped his quest.

"Initially there was lot of false positives I got (that were) corrected by Twitterati and one of the tweets led to me a Reddit forum where they had the exact intended landing location and the path of Vikram," he said.

On being able to narrow down the area for his search, he said: "Though there was no data available about the path of Vikram lander, I eventually concluded it would have come from North Pole as one of the tweets from 'cgbassa' said Vikram has crossed the North Pole of the Moon. And from ISRO's live images, I made out it would have stopped short of around 1 km from the landing spot so it eventually led to me searching around 2 sq km around the landing area."

That tweet was from CG Bassa, an astronomer with Astron, the Dutch radio astronomy institute.

"I searched around North of the landing spot as Vikram approached the landing spot only from the north and though there was lot of false positives, I found a tiny little dot and compared with previous LRO images up to last nine years which eventually confirmed it would be the debris. Then I reached out to NASA."

Petro said: "He emailed the team, myself and the head of the camera team with his finding and that was used to help identify the location."

The Arizona State University (ASU), where the LRO camera project work is done, said: "After receiving this tip the LROC team confirmed the identification by comparing before and after images" of the area.

After better pictures came from the LRO's pass over the area in October and on November 11, when the light conditions improved, the LRO camera team scoured the area surrounding the spot where Subramanian had spotted debris and found the impact spot of Vikram's crash and other debris, the ASU said.