Three astronauts on the planned private space-flight firm Axiom Space's mission to the ISS will use a special electroencephalogram (EEG)-enabled helmet made by Brain.Space. 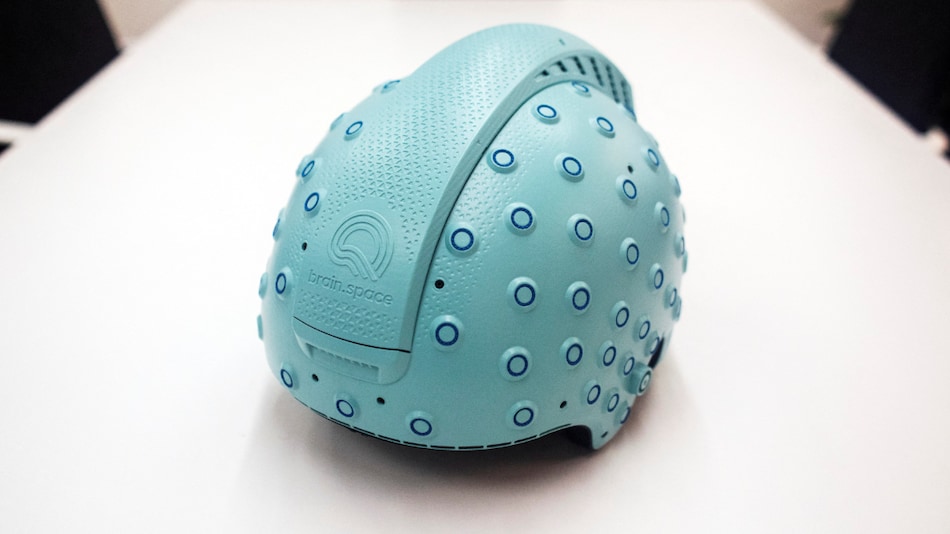 Israel's Brain. Space, a four-year-old startup that studies data on brain activity, is set to put its gear to test on astronauts in space next week during a SpaceX shuttle flight to the International Space Station (ISS).

Three astronauts on the planned private space-flight firm Axiom Space's mission to the ISS will use a special electroencephalogram (EEG)-enabled helmet made by Brain.Space, the company said on Monday.

The 10-day mission, the first-ever private trip to the space station, will set off on April 3 with four astronauts.

"We actually know that the microgravity environment impacts the physiological indicators in the body. So, it will probably impact the brain and we would like to monitor that," Brain.Space chief executive Yair Levy told Reuters.

Data has continuously been collected on heart rate, skin resistance, muscle mass and others in space but not yet on brain activity, he said.

Brain.Space joins 30 experiments that will take part in the so-called Rakia Mission to the ISS.

Three of the four astronauts -- including Israeli Eytan Stibbe -- will wear the helmet, which has 460 airbrushes that connect to the scalp, and perform a number of tasks for 20 minutes a day, during which data will be uploaded to a laptop on the space station. The tasks include a "visual oddball" one that the company says has been effective in detecting abnormal brain dynamics.

Similar studies using these tasks have been completed on Earth and after the mission, Brain.Space will compare the EEG data to see the differences in brain activity between Earth and space.

It noted that such experiments are needed since long-term space exploration and "off-world living are within grasp."

Brain.Space, which also said it raised $8.5 million (roughly Rs. 64.677 crore) in a seed funding round, bills itself as a brain infrastructure company and is working with the cognitive and brain sciences department at Israel's Ben Gurion University to transform terabytes of data into usable insights.

Levy said he hoped the space mission would be a springboard for other institutions, researchers and software developers to use its brain data platform.

"Space is an accelerator. The idea is to revolutionise and make possible brain activity apps, products and services that's as easy as pulling data from an Apple Watch," Levy said, pointing to measuring ADHD as an example.