Boston Dynamics has been developing its dexterous robots through decades of military-funded research. 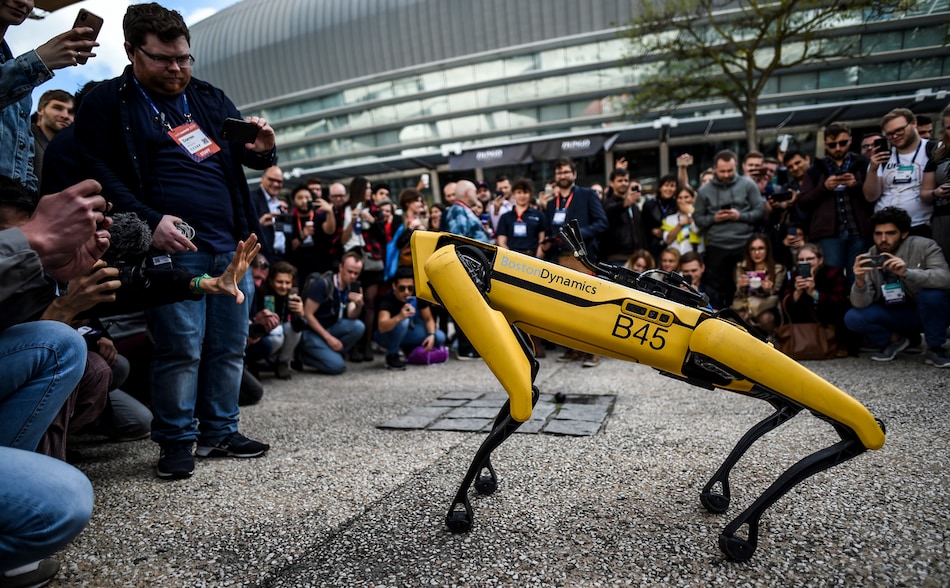 Boston Dynamics' Spot robot being demonstrated during a public display

You can now buy one of those unnerving animal-like robots you might have seen on YouTube — so long as you don't plan to use it to harm or intimidate anyone.

The agile robots can walk, climb stairs, and observe their surroundings with cameras and other sensors. But people who buy them online must agree not to arm them or intentionally use them as weapons, among other conditions.

“The key goal for us is to make sure people trust robots,” Michael Perry, the company's vice president for business development, said in an interview with The Associated Press. “Somebody wanted to use Spot for a haunted house and we said no to that. It frames the robot in a negative context.”

The terms and conditions state that “Spot is an amazing robot, but is not certified safe for in-home use or intended for use near children or others who may not appreciate the hazards associated with its operation."

Perry said if a buyer violates the conditions, the company can nullify its warranty, decline to repair the robot and not renew its license, which would eventually cause the machine to deactivate.

Boston Dynamics has been developing its dexterous robots through decades of military-funded research. The Waltham, Massachusetts, company is now finding commercial applications for them for the first time since it was founded in 1992.

The company announced last year that it would begin mass production of Spot. As a pilot project, it leased more than 150 of the robots to select customers for such uses as monitoring construction sites, inspecting energy facilities and performing in theme parks. A human can operate the robots remotely, and in certain settings they can operate autonomously. The robots can run for about 90 minutes before they need recharging.

In one recent pilot in Singapore, a Spot robot was deployed in a public park to broadcast prerecorded messages asking people to maintain distance from one another to prevent spread of the coronavirus. It was also used to interview patients at a Boston hospital's COVID-19 triage center and check their body temperature and other vitals.

Boston Dynamics says its sales are intended for commercial and industrial users and that the robots can only be purchased in the US.