Boeing’s plan to send astronauts to space against a multi-billion dollar NASA contract is delayed further. 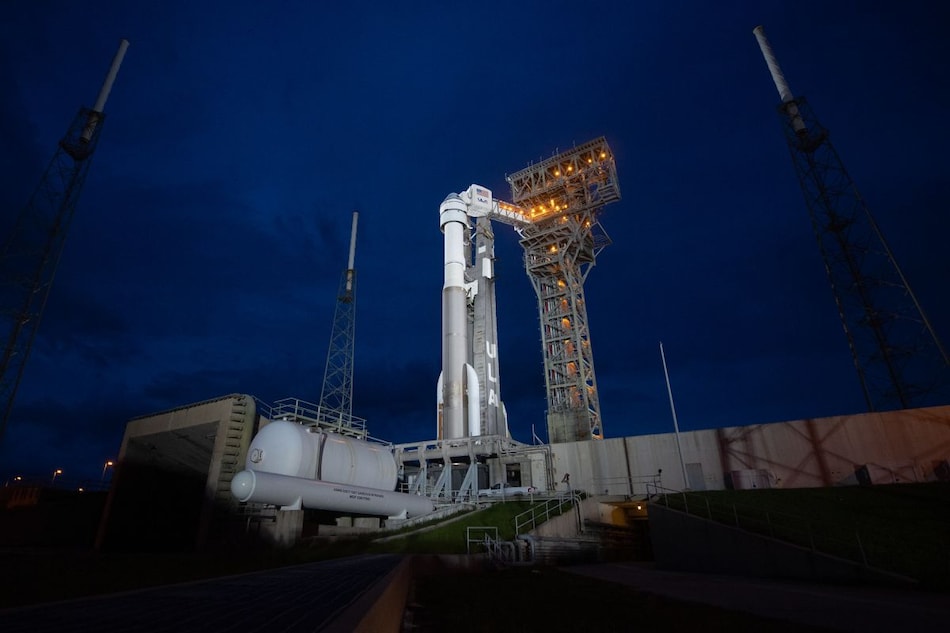 Boeing delayed an uncrewed flight of its Starliner capsule to the International Space Station (ISS) on Tuesday over a propulsion issue, pushing back by at least a day a key test it last attempted in 2019.

The spaceship had been due to launch on an United Launch Alliance (ULA) Atlas V rocket from the Cape Canaveral Space Force Station in Florida early in the afternoon.

But just over two hours before lift-off, the company tweeted it was scrubbing the flight.

Alongside @BoeingSpace, we'll take more time to ensure #Starliner is ready to launch to the @Space_Station. We're standing down from a Aug. 4 launch attempt & will return the spacecraft to the Vertical Integration Facility for further inspection & testing https://t.co/jvK5qWE3nR pic.twitter.com/oI30uJeqnW

A statement by NASA said the test was canceled not because of inclement weather but "due to unexpected valve position indications in the Starliner propulsion system."

The next available launch opportunity is at 12:57pm Eastern time (10:27pm IST) on Wednesday, pending resolution of the problem.

"Boeing and NASA teams will take the time they need to ensure the safety and integrity of the spacecraft and the achievement of our mission objectives."

The test flight was supposed to take place Friday but had to be rescheduled after a new Russian science module inadvertently fired its thrusters following docking with the ISS, pushing the orbital outpost off kilter.

After NASA ended the Space Shuttle programme in 2011, it gave both Boeing and SpaceX multi-billion dollar contracts to provide its astronauts with taxi services to the space station and end US reliance on Russian rockets for the journey.

Boeing's programme is lagging behind, and needs to complete a successful uncrewed mission before it can carry astronauts.

During an initial uncrewed test flight in December 2019, the Starliner capsule experienced software glitches that caused problems with the way it fired its thrusters.

As a result, Starliner did not have enough fuel to reach the ISS and had to return to Earth prematurely, and a subsequent investigation showed it almost experienced a dire flight anomaly while reentering the atmosphere.

"Starliner is a great vehicle, but we know how hard it is, and it's a test flight as well and I fully expect we'll learn something on this test flight."

When it flies, the spacecraft will carry more than 400 pounds (180kgs) of cargo and crew supplies to the ISS and will return more than 550 pounds of cargo, including air tanks, when it lands in the western US desert at the end of its mission.

Cryptocurrency Explainer: What Is a Crypto Exchange and How to Open a Trading Account?