Boeing and rival SpaceX are competing with each other to become the first private company to resume human space flight from US soil. 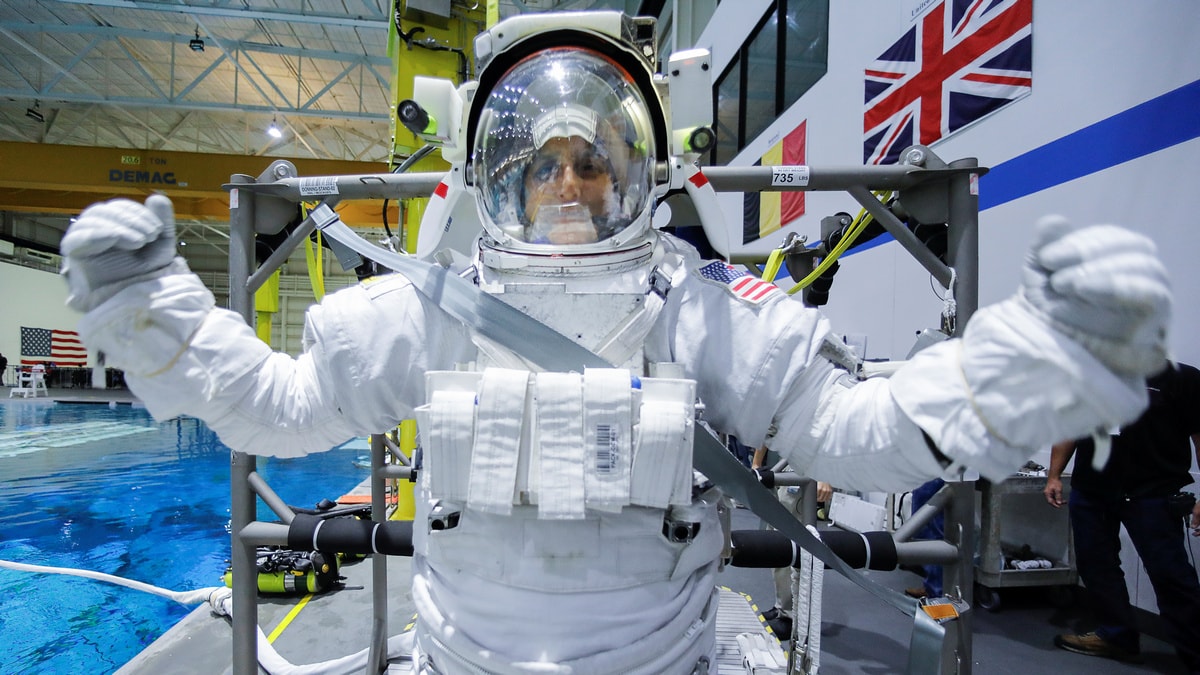 A crew of veteran US astronauts and aviators are training in Houston for a manned mission to the International Space Station aboard Boeing's new Starliner spacecraft, which could also be used to take tourists into space on future missions.

The Boeing Starliner mission was originally scheduled for this month, but that has been delayed to at least the end of the year or into 2020 due to technical issues and amid a shakeup in the top echelons of the space agency.

Boeing and rival Elon Musk's SpaceX are competing with each other to become the first private company to resume human space flight from US soil after the space shuttle program ended in 2011.

The companies, with cutting-edge technology, are among those poised to benefit most from the enormous growth opportunities many see in the world's burgeoning commercial space industry.

NASA has been relying for years on Russian rockets and spacecraft to transport personnel to the space station. The $100 billion science and engineering laboratory, orbiting 250 miles (400 km) above Earth, has been permanently staffed by rotating crews of astronauts and cosmonauts since November 2000.

Reuters was given rare access at Houston's Johnson Space Center to NASA astronauts Nicole Mann and Mike Fincke, and Boeing astronaut and test pilot Christopher Ferguson, who will crew the ISS mission, along with other astronauts training for future missions.

The exercises included training underwater to simulate spacewalks, responding to emergencies aboard the space station, and practicing docking manoeuvres on a flight simulator.

Here's a closer look at the three astronauts training for the ISS flight.

Ferguson leads mission
Ferguson, a former NASA astronaut and retired US Navy captain, who helped design the way the crew interacts with the automated Boeing CST-100 Starliner, will lead its maiden voyage.

"They (Boeing) knew how big it was going to be, how it was going to be powered, but they really hadn't thought a whole lot about what the inside would be and how does the crew interface with the vehicle that's designed to operate automatically," said Ferguson.

The design "is a great compromise between keeping it minimalistic yet at the same time giving the pilot the ability to understand where am I, where do I need to be, how am I going to get there, if things go wrong how do I fix them."

"It comes down to watching (the spacecraft's) behaviour," said Ferguson, who led NASA's final space shuttle mission in 2011 and spent more than 40 days in space over his career. "We just want to make sure it doesn't throw us a curveball."

First trip for Navy combat pilot
It will be the first trip into space for Mann, 42, a former Navy combat pilot, who said she was looking forward to the excitement a fresh American-based crewed mission to space would create among a young generation that did not grow up watching Apollo and shuttle missions as their parents and grandparents did.

"I think it'll open up a lot more jobs. It'll open a lot more innovation for that young generation. And there's a big future of spaceflight in front of us."

Fincke - laying the groundwork
The Starliner mission will lay the groundwork for Boeing's commercial flight program, which includes carrying passenger and cargoes to the space station, and taking tourists into space, said Fincke, a veteran NASA astronaut who has completed three space flights.

Capture the flag
Eight years ago, when Ferguson led NASA's last space shuttle mission, he left an American flag aboard the space station for the next crew of US astronauts to collect and bring home. He likes the idea of getting it back himself, travelling on the first manned commercial US spacecraft.

"Sort of like a grown-up version of capture the flag," Ferguson said.

And if SpaceX got there first?

"I would be very happy for them. Who brings it home is unimportant, but the fact that it gets home is most important. And I would be very proud of Doug (Hurley, a NASA astronaut training to fly aboard SpaceX's Crew Dragon spacecraft), although he's going to lose."