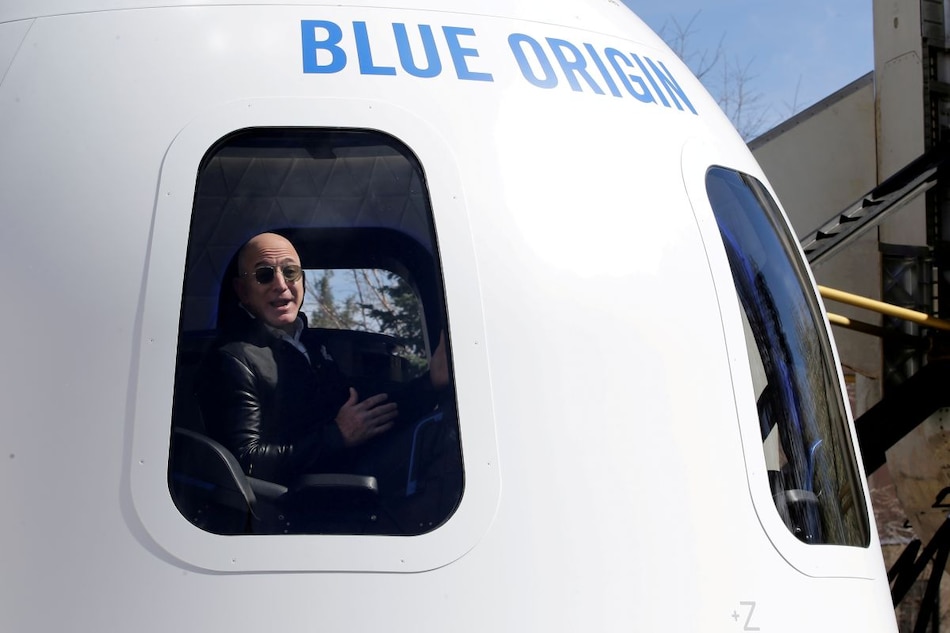 Blue Origin, billionaire Jeff Bezos' rocket company, disclosed $2 million (roughly Rs. 15 crores) as the current highest bid for a seat on its New Shepard spacecraft after the startup closed the first phase of its auction.

The second phase of the auction is underway and will last until June 10. The process will conclude in a final phase on June 12 with a live online auction.

The rocket company is targeting July 20 for its first suborbital sightseeing trip on its spacecraft, a landmark moment in a competition to usher in a new era of private commercial space travel.

It was reported in 2018 that Blue Origin was planning to charge passengers at least $200,000 (roughly Rs. 1.4 crores) for the ride, based on an appraisal of rival plans from billionaire Richard Branson's Virgin Galactic and other considerations, though its thinking may have changed.

Blue Origin said it had filed a protest with the federal Government Accountability Office, accusing NASA of moving the goalposts for contract bidders at the last minute.

NASA last month awarded SpaceX the contract to build a spaceship to deliver astronauts to the moon as early as 2024, choosing Musk's company over Blue Origin and defense contractor Dynetics.

The sought-after project aims to put humans back on the moon for the first time since 1972.

"NASA has executed a flawed acquisition for the Human Landing System programme and moved the goalposts at the last minute", Blue Origin said in an emailed statement.

"Their decision eliminates opportunities for competition, significantly narrows the supply base, and not only delays, but also endangers America's return to the moon. Because of that, we've filed a protest with the GAO."

Microsoft Is Retiring Internet Explorer in 2022, Edge Will Support Many of Its Functions