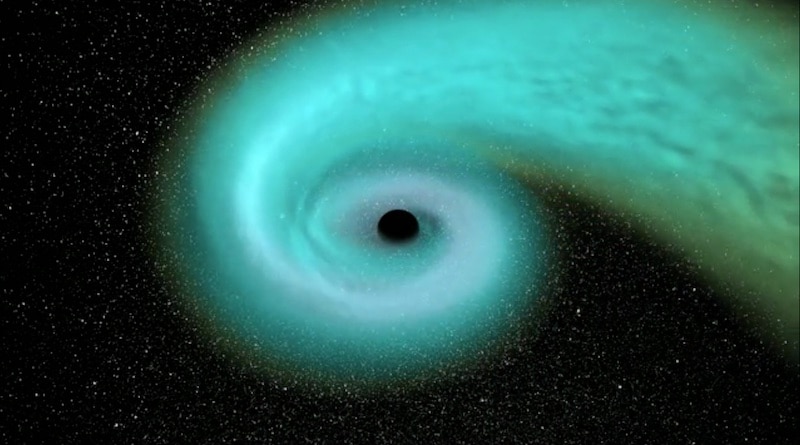 Chase Kimball, a Northwestern graduate student who co-authored the study published in Astrophysical Journal Letters, said that gravitational waves allowed researchers and astrophysicists to detect collisions of pairs of black holes and neutron stars, but the mixed collision of a black hole with a neutron star had eluded them until now. "With these detections, we finally have measurements of the merger rates across all three categories of compact binary mergers," Kimball said.

Researchers observed two new gravitational wave events that they now refer to as GW200105 and GW200115 on January 5, 2020, and January 15, 2020, respectively, during the second half of the LIGO and Virgo detectors' third observing run.

Vicky Kalogera, principal investigator of Northwestern's LSC group and co-advisor to Kimball, said that after the announcement of a black-hole merger with a mystery object, it was exciting to have the detection of clearly identified mixed mergers, as predicted by their theoretical models for decades. “Quantitatively matching the rate constraints and properties for all three population types will be a powerful way to answer the foundational questions of origins,” Kalogera was quoted as saying by Eurekalert.

“This is the first detection of a merger between a black hole and neutron star," Kimball was quoted as saying to NBC. "We long thought they exist, but this is the first direct confirmation that will help fine-tune future astrophysical models of stellar populations in our universe and how their remnants interact with each other," Kimball said.

Since this is the first time that researchers have been able to convincingly observe gravitational waves from black holes merging with neutron stars, they can now estimate how often such events occur in the universe. This estimate is that at least one such merger happens every month at a distance of one billion light years.

Not just that, the discovery gives us a rare glimpse into how such cosmic explosions impact the expansion and shrinking of space-time, something that has never been seen before in the field of gravitational-wave astronomy.