The tidal event called AT2019qiz took place in a spiral galaxy in the constellation Eridanus, some 215 million light-years away from Earth. 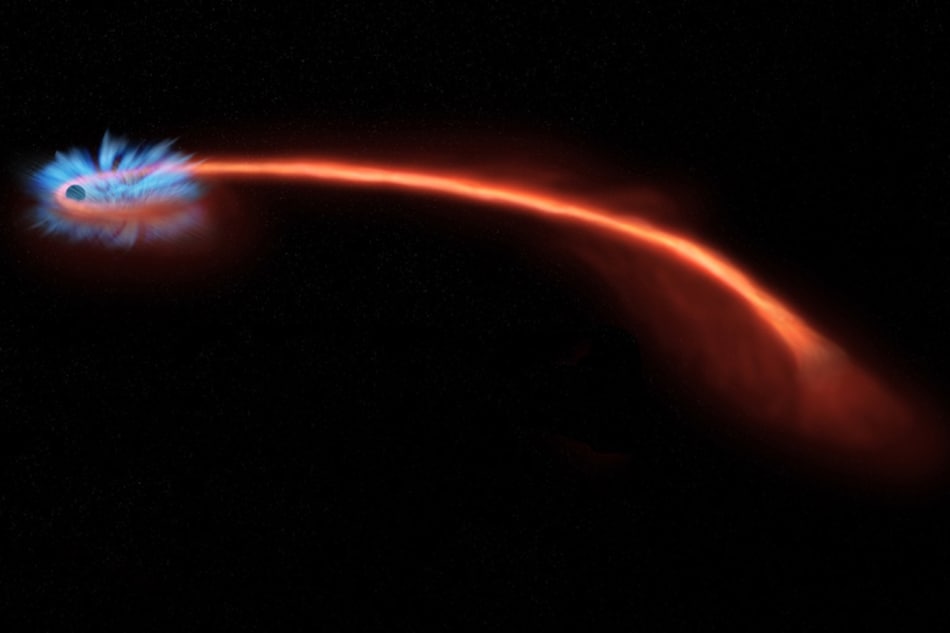 One of the most mysterious astronomical objects, black holes are said to have an extreme gravitational pull which helps them suck in nearly everything that gets close to them, even light. While this has been known for long, scientists have recently made more fascinating observations while studying a star's encounter with a black hole. Besides the spaghettification process, where the black hole rips apart the star and stretches its material, the event also witnessed some intense wind flowing outward, sending the star's material out into space.

Astronomers, from the University of California at Berkeley, have used a specialised spectrography at the Lick Observatory to analyse a tidal disruption event. Using the instrument, the team fixed focused on an event called AT2019qiz, where a star had got too close to a black hole.

The event took place in a spiral galaxy in the constellation Eridanus, some 215 million light-years away from Earth. The star ended up getting shredded as it entered the accreditation disk of the black hole.

Following this, scientists decided to observe the disruption event in polarised light as it looked too bright in optical light. Polarised light, where waves travel in a single plane, allowed the astronomers to get a deeper insight and see the aftermath of the event.

They noticed that most of the star's material did not enter the black hole's maw during the event. Instead, some material was scattered across the space. The winds generated by the black hole also led to a spherically symmetrical high-speed cloud consisting of leftover celestial material.

The speed of the wind was recorded to be 10,000 kilometres per second by the team. “This is the first time anyone has deduced the shape of the gas cloud around a tidally spaghettified star,” said Alex Filippenko, UC Berkeley professor of astronomy and a member of the research team.

According to Kishore Patra, a graduate student and lead author of the study, the previously recorded evidence has suggested that wind blows out of such tidal disruption events. “I think this polarisation study definitely makes that evidence stronger, in the sense that you wouldn't get a spherical geometry without having a sufficient amount of wind. The interesting fact here is that a significant fraction of the material in the star that is spiralling inward doesn't eventually fall into the black hole — it's blown away from the black hole,” Patra said.

Wenbin Lu, team member and UC Berkeley assistant professor of astronomy, has shared that studying such tidal disruption events is crucial for understanding the existence of black holes and measuring their properties.