The event was discovered after studying gravitational waves and electromagnetic radiation from the collision of two black holes. 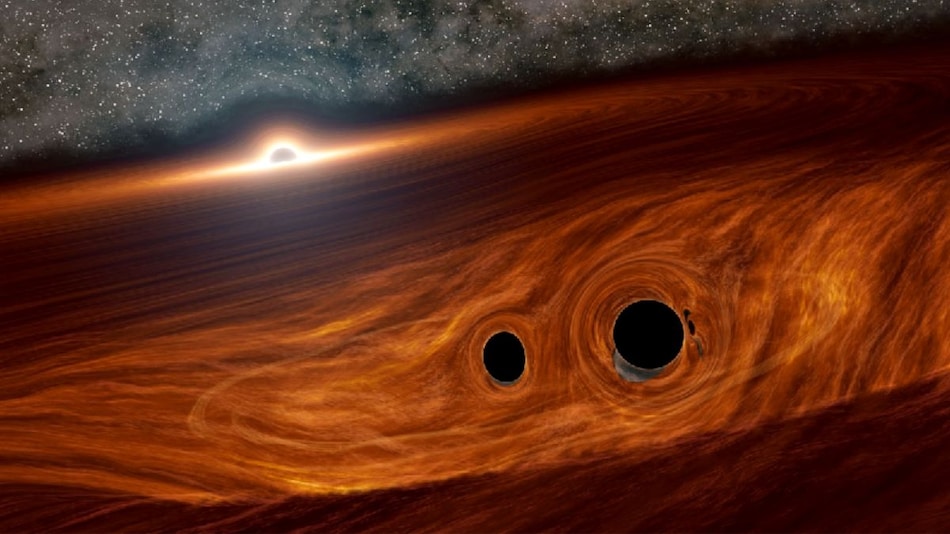 A team of international astronomers believe that they might have detected light from a black hole merger, for the first time ever. This unprecedented event was noted by scientists at Caltech' Zwicky Transient Facility (ZTF) in California after studying gravitational waves and electromagnetic radiation from the collision of two black holes. Although the research is not yet concrete, and scientists suggest that they will be studying this cosmic event over the next few years to come to a stronger conclusion. Itt is said that this research will open gates to learn more about the origin of black holes.

The findings were described in a study led by Matthew Graham, a research professor of astronomy at Caltech. The research was published on June 25 in the journal, Physical Review Letters.

According to the study, on May 21 last year, twin Laser Interferometer Gravitational-Wave Observatory (LIGO) facilities in the US and the Virgo Observatory in Italy detected the gravitational waves, dubbed as S190521, following a collision of two black holes in a distant region of space. Around the same time, ZTE detected flares or electromagnetic radiation generated by a distant active supermassive black hole (or quasar), called J1249+3449, which was pinpoint to the location of the gravitational wave.

But this event begs the question over how light was formed during such a collision as black holes are known to consume everything, including light.

"It is the reaction of the gas to this speeding bullet that creates a bright flare, visible with telescopes," said Barry McKernan, who is a co-author of the study.

"The flare occurred on the right timescale, and in the right location, to be coincident with the gravitational-wave event. In our study, we conclude that the flare is likely the result of a black hole merger, but we cannot completely rule out other possibilities," the report added citing lead author Graham.