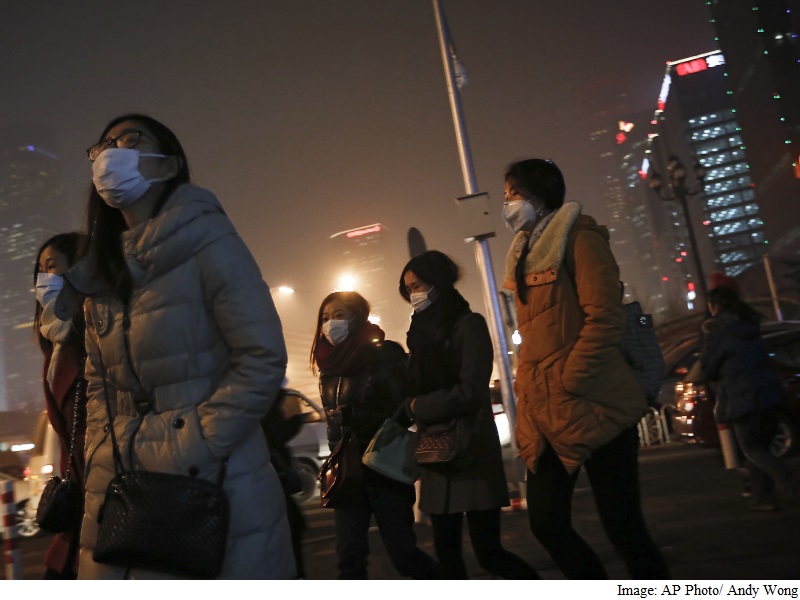 Some Beijing residents use smokestacks to predict smog: Smoke drifting gently upward means stagnant air where smog will accumulate. Smoke blowing away from the mountains indicates fresher winds and clear air ahead.

But the city government uses more sophisticated technology for its forecasts, including the one used to trigger the city's first red alert for smog this week, which brought restrictions on cars, factories and other measures aimed at keeping the smog in check.

The system takes into account not only weather patterns that suspend pollutants in the air, but also industry emissions, and flows of vehicles and their emissions - which will differ depending on the day of the week and time of day. It also incorporates real-time data from air monitoring systems, satellite images - and even information that is passed around on social media, said Meng Zhang, chief meteorologist at IBM Research - China, which works with Beijing's environmental protection bureau on the forecasting system.

It then models and predicts the effects of weather on the flow and dispersal of pollutants, and the airborne chemical reactions between weather and pollutant particles, Zhang said in an interview at an IBM research lab in Beijing. It yields high-definition pollution forecasts 72 hours in advance, as well as rougher predictions for 10 days in advance, he said.

Beijing's current system of smog alerts triggers a scaled response with blanket restrictions for the entire city for four levels of predicted pollution.

Zhang said that the system can become increasingly granular, allowing authorities to pinpoint just the right restrictions - which factories must suspend operations and which not - at the right time to get the desired effect.

"Without this insight the government does this in a very simple way. They shut down everything around Beijing, just like how they have done for the 2008 Olympic Games" when factories were closed for a month, he said.

Apple Executive Seeks a Touch of Chic at Retail Stores
PIB Website to Be Revamped; Officials to Get Smartphones, Laptops