Bacteria Can Be Used to Power Micro-Machines, Including Smartphone Components: Study 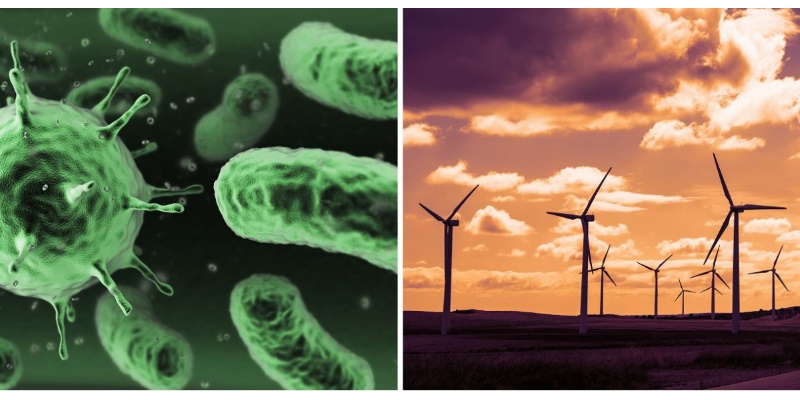 A team of scientists has demonstrated how the natural movement of bacteria could be harnessed to assemble and power microscopic 'windfarms' - or other man-made micro-machines such as smartphone components.

Using computer simulations, the scientists from Oxford University demonstrated that the chaotic swarming effect of dense active matter such as bacteria can be organised to turn cylindrical rotors and provide a steady power source.

"Many of society's energy challenges are on the gigawatt scale, but some are downright microscopic. One potential way to generate tiny amounts of power for micromachines might be to harvest it directly from biological systems such as bacteria suspensions," said study co-author Tyler Shendruk.

The study results were published recently in the journal 'Science Advances'.

Swimming bacteria are normally too disordered to extract any useful power from. But when the team immersed a lattice of 64 symmetric microrotors into a dense bacterial suspension, the bacteria spontaneously organised itself in such a way that neighbouring rotors began to spin in opposite directions - a simple structural organisation reminiscent of a windfarm.

"The amazing thing is that we didn't have to pre-design microscopic gear-shaped turbines. The rotors just self-assembled into a sort of bacterial windfarm," Shendruk said.

"When we did the simulation with a single rotor in the bacterial turbulence, it just got kicked around randomly. But when we put an array of rotors in the living fluid, they suddenly formed a regular pattern, with neighbouring rotors spinning in opposite directions," he added.

At micro scales, the simulations show that the flow generated by biological assemblies is capable of reorganising itself in such a way as to generate a persistent mechanical power for rotating an array of microrotors, which could be harnessed to power micro-machines.