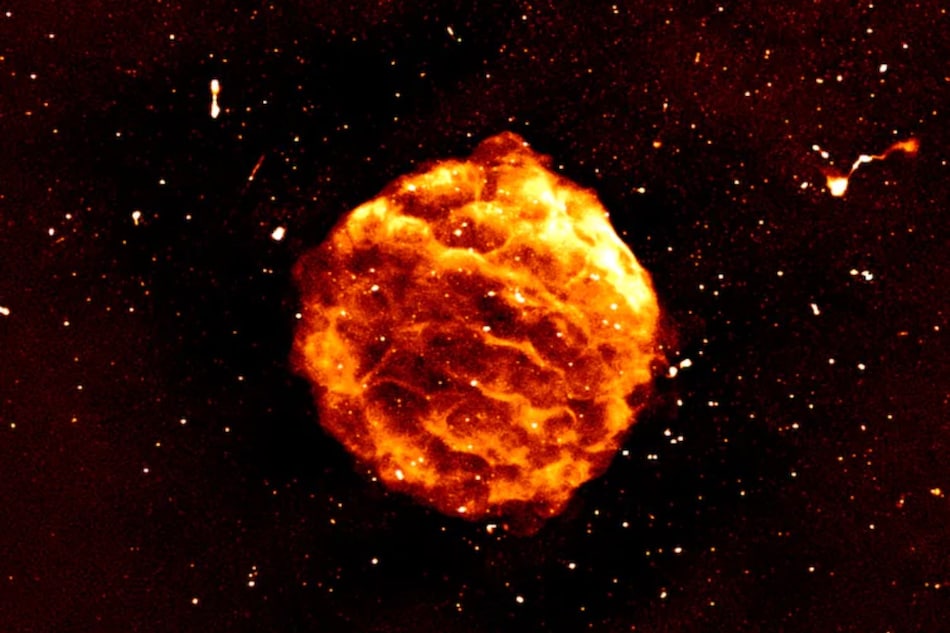 A newly commissioned supercomputer in Australia has processed a series of radio telescope observations, including a highly detailed image of a supernova remnant. Called Setonix, the newly commissioned supercomputer at the Pawsey Supercomputing Research Centre has created a highly detailed image using data collected by ASKAP (Australian Square Kilometre Array) radio telescope. Operated by the Commonwealth Scientific and Industrial Research Organisation (CSIRO) in Perth, AKSAP consists of 36 dish antennas that work together as one telescope.

The observational data collected by it are then transferred via high-speed optical fibres to the Pawsey Centre for processing and converting into science-ready images.

In a published article, CSIRO's Wasim Raja and Pascal Jahan Elahi wrote that the new images of a supernova remnant called G261.9+5.5 were created by Setonix less than 24 hours after its first phase went live in July this year.

Located over 10,000 to 15,000 light years away from the Earth, the G261.9+5.5 was first classified as a supernova remnant by CSIRO radio astronomer Eric R. Hill in 1967, using the agency's Parkes Radio Telescope, Murriyang.

Supernova remnants (SNRs) are the remains of powerful explosions from dying stars. The material ejected after the explosion scatters into the surrounding interstellar medium at supersonic speeds while sweeping up the gas or any other material it encounters along the way, compressing and heating them up in the process. The shockwave from the explosion also compresses the interstellar magnetic fields.

The emissions seen in the recent image are from highly energetic electrons trapped in these compressed fields. They carry information details about the history of the exploded star and aspects of the surrounding interstellar medium.

The recent image processed from the waves of ASKAP is likely to be a breakthrough in studying this remnant and the physical properties of the interstellar medium in detail like never before.

So far, only one installation stage of Setonix has been completed, with the second set coming up by the year end. With more installation stages of the supercomputer completed in near future, the scientists are expecting to uncover more objects hidden in the radio sky.