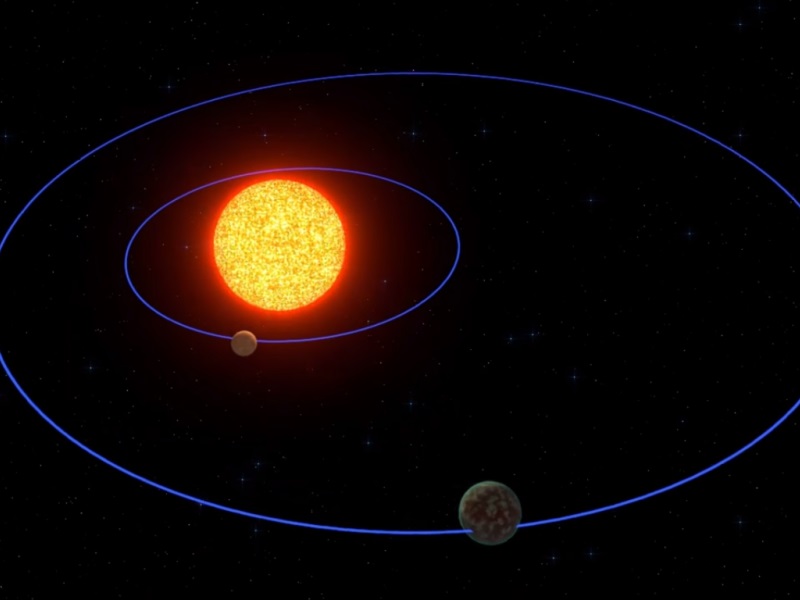 Chilean astronomer Maritza Soto has discovered a planet three times as large as Jupiter orbiting a red giant star (HD 110014) larger than the Sun and located some 290 million light years from Earth.

A doctoral student in Sciences at the University of Chile, Soto told EFE on Wednesday she worked for eight months using two telescopes at the La Silla observatory, 600 km north of Santiago.

Last November, Soto, 25, discovered the planet now bearing the designation HD 110014 c. Her work has now been published in a journal of the London Royal Astronomical Society.

The discovery of planets orbiting red giant stars is "rare", with only five such planets located around stars of that kind to date, she said.

HD110014c orbits its star at a distance about six-tenths the distance from the Sun to the Earth, about at the distance that Venus circles the Sun.

"It's like imagining a planet three times bigger than Jupiter with the orbit of Venus around the Sun," she said, adding that the red giant star is about twice the size of the Sun.

Another planet (HD 110014 b) had already been discovered orbiting the star and now Soto's work has added a second planet to that solar system.

What Are Payment Banks, What They Can and Cannot Do, and Who Will They Affect?
Touchjet Wave Turns Your TV Into a Tablet