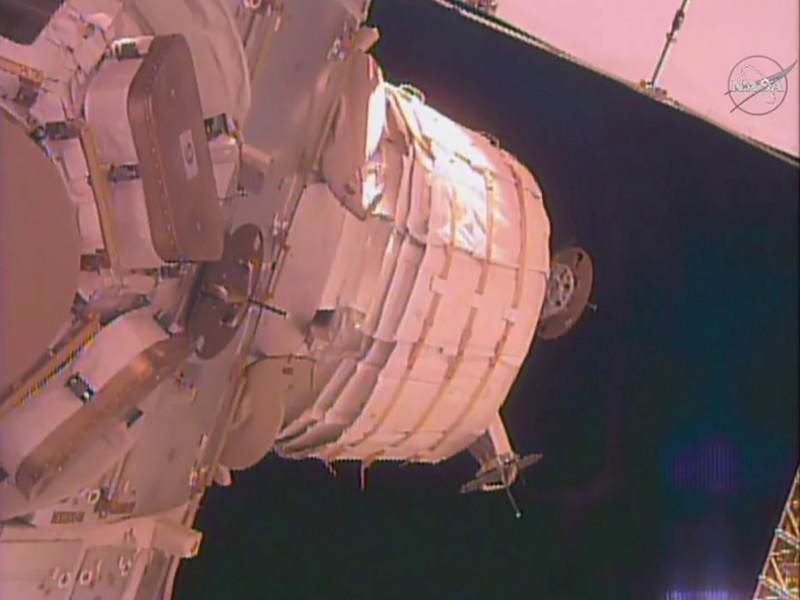 Astronauts aboard the International Space Station on Monday floated inside an experimental inflatable module that will test a less expensive and potentially safer option for housing crews during long stays in space, Nasa said.

Designed and built by privately-owned Bigelow Aerospace, BEAM is the first inflatable habitat to be tested with astronauts in space. The Las Vegas-based firm previously flew two unmanned prototypes.

BEAM was flown to the space station aboard a SpaceX Dragon cargo ship in April and inflated to the size of small bedroom on May 28. It is scheduled to remain attached to the station, a $100 billion research laboratory that flies about 250 miles (400 km) above Earth, for two years.

Wearing face masks and headlamps, Williams and Skripochka floated inside the darkened module for the first time to collect air samples for analysis and retrieve engineering data from BEAM's inflation. Williams told flight controllers the module looked "pristine," mission commentator Gary Jordan said during a Nasa TV broadcast. Williams also said it was cold inside BEAM, but that there was no sign of condensation on the walls, Jordan said.

Astronauts will return to BEAM on Tuesday and Wednesday to install temperature and radiation sensors as well as instruments to collect data from any micro-meteoroid or orbital debris impacts.

BEAM's hatch will remain closed except when astronauts go inside the module six or seven times per year to retrieve recorded data, Nasa said.

Lightweight inflatables, which are made of layers of fabrics and a protective outer shield, are far less costly to launch than traditional metal modules. They may also provide astronauts with better radiation protection.

"This technology can be used in future designs for a mission to Mars," Jordan said.

Bigelow Aerospace is aiming to fly inflatable space modules 20 times larger than BEAM that can be leased out to companies and research organizations.