Asteroid 2020 ND’s first recorded approach to Earth was back in 1945, and it has since passed by our planet four more times. 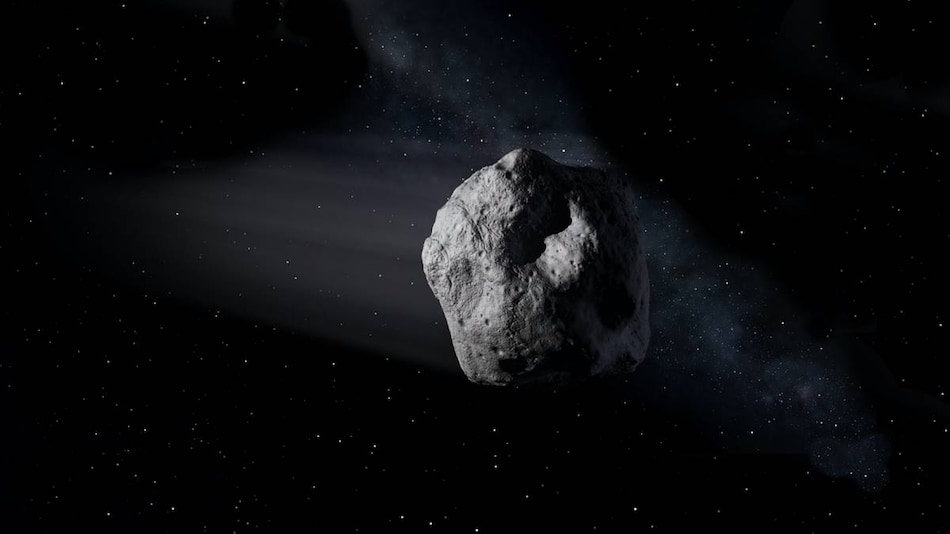 Asteroid 2020 ND is classified as a “Potentially Hazardous Asteroid” by NASA. Representational Image

A huge asteroid is making its way toward Earth and it will pass by our planet next week. Dubbed as Asteroid 2020 ND, it is classified as Near-Earth Object (NEO) and Potentially Hazardous Asteroid (PHA) by NASA. It is estimated to be 160 metres or 520 feet in diameter but there is no cause to worry, as it will safely fly past Earth, as it has done at least five times before as per NASA records. It won't be the asteroid's first-time visiting Earth as it maintains an orbit around the Sun that makes it come close to both Earth and Mars every once in a while.

Asteroids are rocks that have been left over from the formation of our solar system. Most of these asteroids are found in the asteroid belt between Mars and Jupiter; however, some orbit other planets in the system as well. NASA says there are almost 1 million known asteroids, which is why every other day we keep hearing about some or the other asteroid passing by Earth.

Asteroid 2020 ND in its approach to Earth
Photo Credit: NASA

When an asteroid or comet comes close to Earth we call it a near-Earth object. But how close is close? How do we keep track of them? What can we do to mitigate our risk?

☄️ Here's what you need to know about near-Earth objects this #AsteroidDay: pic.twitter.com/mCjW3FSoz5

As mentioned, Asteroid 2020 ND is around 160 meters in diameter and at its closest approach it will be 5,570,000 kms from Earth. To offer you some context on the distance, average distance between Earth and Moon is 385,000 kms. So, the asteroid is pretty far away to do any harm.