The researchers have also found that G. ochoai's braincase was small, indicating it had a little brain. 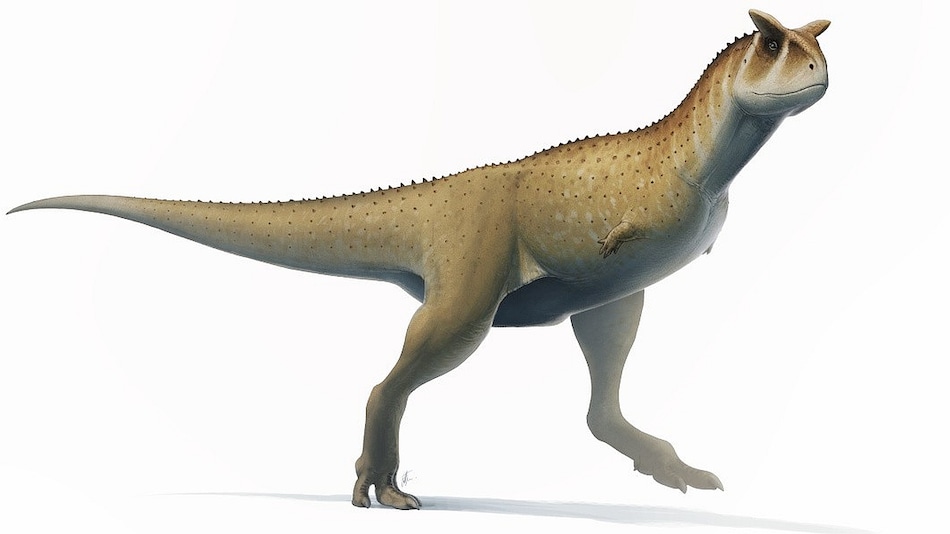 Researchers have discovered a partially complete skull of new dinosaur species in Argentina that they say could be a close relative of an armless group of dinosaurs that roamed the southern hemisphere. They say the new species, called the Guemesia ochoai, offers new evidence of a unique ecosystem during the Late Cretaceous, more than 70 million years ago. Guemesia ochoai was a member of Abelisauridae, a clade of carnivores that roamed what is now Africa, South America, and India. The researchers have said that the newly discovered species could be a close relative of the ancestors of abelisaurids.

However, Guemesia ochoai is different from its abelisaurid relatives in two ways. One, this dinosaur species lacks horns; and two, it likely lived in what is now northern Argentina where its skull was found, instead of the southern part of the country where most abelisaurid remains have been found. The second point suggests G ochoai could live in varied ecosystems.

Seeing this from today's perspective could be misleading as to how these animals roamed America, Africa, and India as these are separate landmasses. But hundreds of millions of years ago, all these continents were combined together in a supercontinent known as Pangaea. Over time, as tectonic plates shifted, these landmasses began to break into Gondwana and Laurasia. About 180 million years ago, Gondwana and Laurasia themselves started to split, as well as India.

However, the process was slow. And hence species would still have been able to move between them. Some scientists say the fauna of each landmass would have been largely the same.

"This new dinosaur is quite unusual for its kind. It has several key characteristics that suggest that is a new species, providing important new information about an area of the world which we don't know a lot about,” Professor Anjali Goswami, co-author of the study and research leader at the Natural History Museum in London, said in a statement.

After analysing the skull, the researchers found that G. ochoai's braincase was small, indicating it had a little brain. Researchers hope to discover more specimens of G. ochoai and its relatives in a bid to understand more about life in ancient Argentina.