Aldrin said the US space programme’s recent era had been more troublesome, disappointing him. 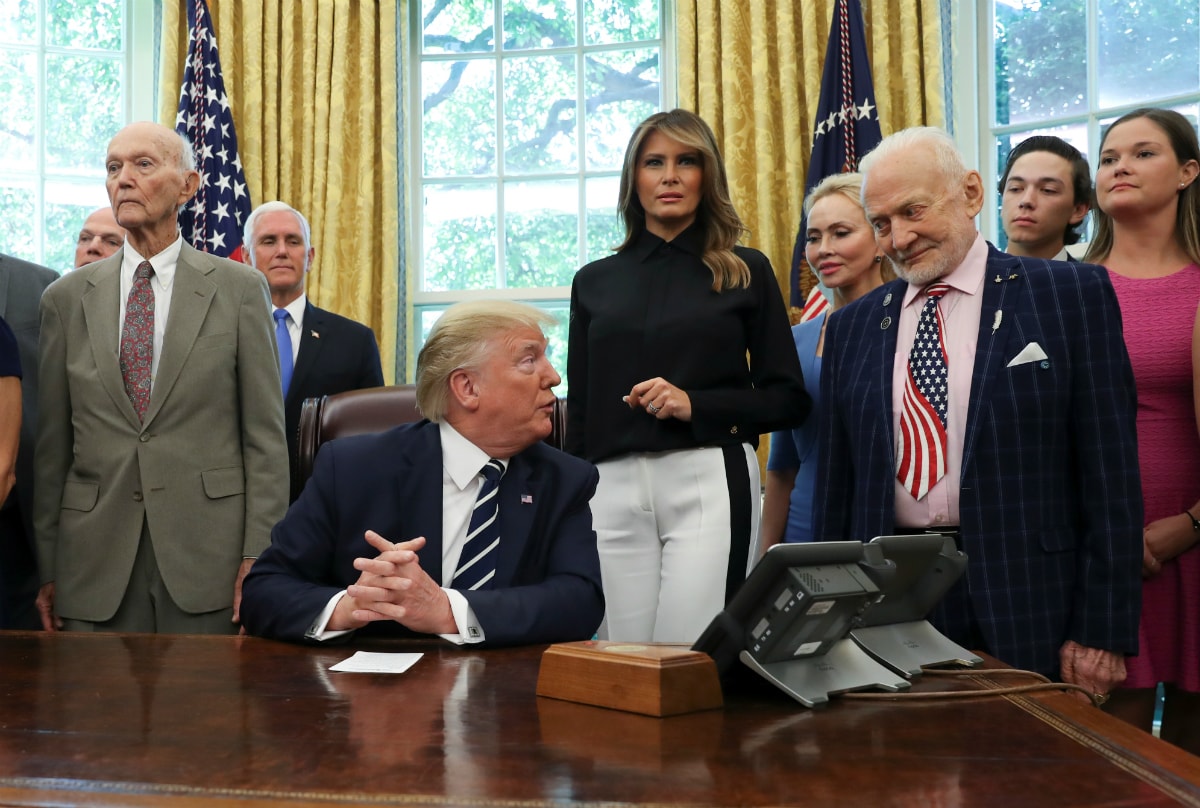 When President Donald Trump asked Buzz Aldrin, the second human ever to walk on the moon, what he thought about the United States' current ability to operate in space 50 years after the Apollo 11 mission, the ex-astronaut had a ready response.

"Actually, I've been a little disappointed over the last 10 or 15 years," Aldrin told Trump on Friday.

With the 50th anniversary of the first moon landing being celebrated this week, Trump brought into the Oval Office the surviving astronauts from that mission, Aldrin and Michael Collins, and relatives of the late Neil Armstrong, the first man to walk on the moon.

Trump, a strong supporter of a U.S. mission to Mars, quizzed Aldrin and the others, including NASA Administrator Jim Bridenstine, in a way that suggested he would like to skip a moon mission on the way to embarking to Mars. He questioned whether the United States should use the moon as a jumping-off point to Mars, which is the current plan, or simply go straight to the red planet.

Aldrin said the U.S. space programme achieved so much 50 years ago, but that the recent era had been more troublesome, disappointing him.

Aldrin said the United States' current plan for the next moonshot does not allow for significant maneuverability of the spacecraft while in lunar orbit.

Trump turned to Bridenstine and asked him, "How do you feel about that, Jim?"

“We're working on it, as a matter of fact,” said Bridenstine.

He told Trump the Orion capsule being developed with the aim of getting to the moon in five years would attach to a small module in orbit around the moon, acting as a small space station.

"Well, I'd like to have you also listen to the other side," Trump told him. "Because some people would like to do it a different way. So you'll listen to Buzz and some of the other people."

Trump asked Collins his opinion on whether to go to the moon first or just go straight to Mars. Collins, 88 and gripping Trump's desk for balance, had a ready reply: "Mars direct."

"It seems to me Mars direct, who knows better than these people?" said Trump.