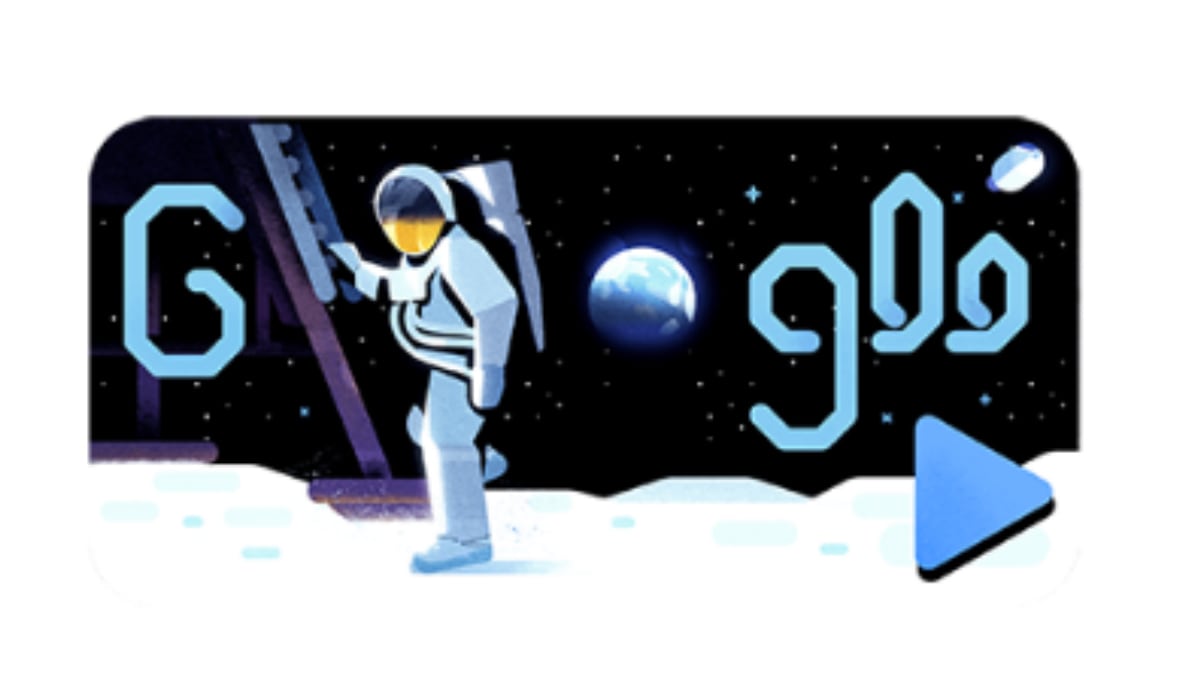 On July 21, fifty years ago, NASA made history with its magnificent Apollo 11 mission. Neil Armstrong was the first human to ever step foot on the Moon, and this feat was a cumulative effort of over 400,000 people working in unison. The Apollo 11 rocket left Earth on July 16, 1969, and came back on July 24, 1969. A total of three astronauts were on the ship – Neil Armstrong, Buzz Aldrin, and Michael Collins – and this first successful mission to the Moon earned them praises and created a monumental moment etched in history. To celebrate this occasion, Google has released a Google Doodle video wherein astronaut Michael Collins recounts the entire space mission, as it happened.

The Google Doodle on the search giant's homepage shows Armstrong setting foot on the moon for the first time. While three astronauts were a part of this one-of-a-kind voyage, Armstrong rose to fame simply because he was the first human to step on the Moon. When you click on the doodle, it pops-up a YouTube video that recounts the space journey.

The animated short clip shows the Apollo 11 take-off from the Earth, and relives the entire journey – to the Moon and back – in Collin's voice. He describes how the three managed to accomplish the feat, their emotions when they first saw the Moon, and how the Earth looked like from the Moon's surface. He says that the trio landed back on Earth on July 24, and went on a world tour afterwards to celebrate their victory. He concludes his storytelling by saying, “We, you and me, the inhabitants of this wonderful Earth. We did it.” You can watch the full video below:

Apart from this, Feist and archivist Stephen Slater has also created an immersive website that holds all the information regarding the Apollo 11 mission. This website includes all the audio, images, video, and transcripts that exist to give users a wholesome experience and go back in time. You can visit ApolloinRealTime.org to experience the multimedia treat.

The National Air and Space Museum is also projecting a ‘Go For the Moon' show on the Washington Monument till July 20. NASA is also hosting special shows, and will be televising it on NASA TV.