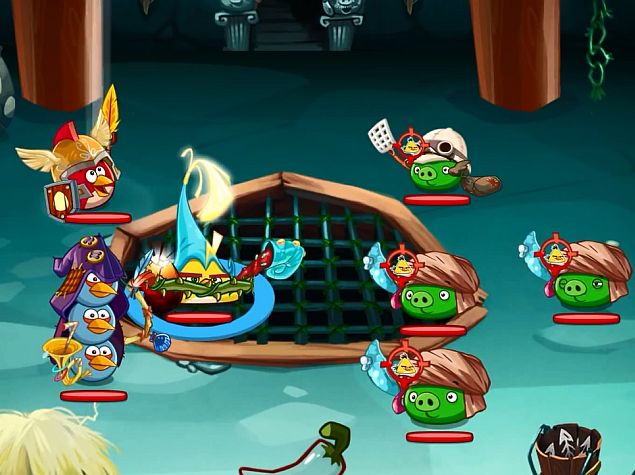 Researchers have paired a small humanoid robot with an Android tablet that can help kids programme a robot to learn new skills.

Researchers envision the robot-smart tablet system as a future rehabilitation tool for children with cognitive and motor-skill disabilities.

"The robot is able to learn by watching because it knows how interaction with a tablet app is supposed to work," said Ayanna Howard, a professor in the school of electrical and computer engineering at Georgia Institute of Technology.

How does it happen? Kids teach the robot how to play Angry Birds by dragging their finger on the tablet to whiz the bird across the screen.

In the meantime, the robot watches what happens and records "snapshots" in its memory. The machine notices where fingers start and stop, and how the objects on the screen move according to each other, while constantly keeping an eye on the score to check for signs of success.

When it's the robot's turn, it mimics the child's movements and plays the game. If the bird is a dud and does not cause any damage, the robot shakes its head in disappointment.

If the building topples and points increase, the eyes light up and the machine celebrates with a happy sound and dance. The robot analyses the new information and provides appropriate social responses while changing its play strategy.

In the new study, children spent an average of 9 minutes with the game as the adult watched. They played nearly three times as long (26.5 minutes) with the robot.

The findings were presented at the Rehabilitation Engineering and Assistive Technology Society of North America (RESNA) 2014 annual conference in Denver recently.