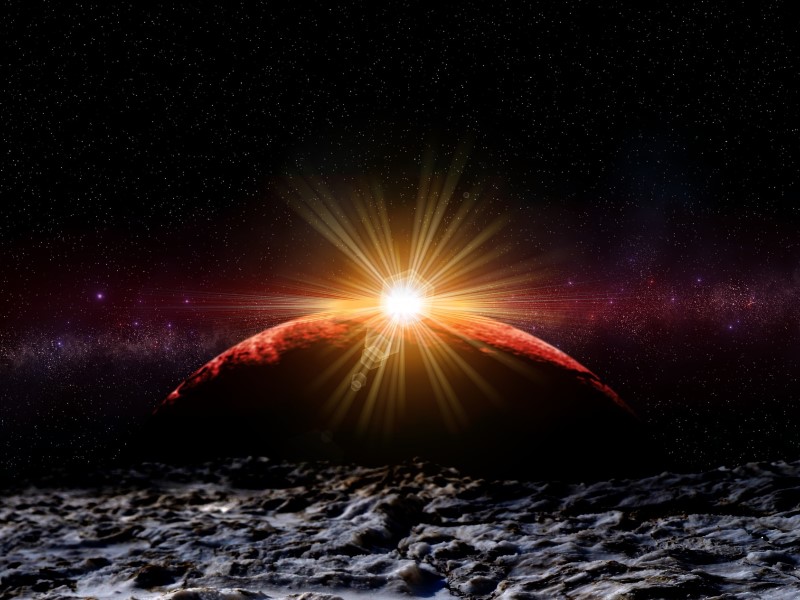 Aliens may take another 1,500 years to contact us as Earth's physical attributes are not unique making it difficult for the extra-terrestrials to locate us, a new study has found.

"We haven't heard from aliens yet, as space is a big place - but that doesn't mean no one is out there," said Evan Solomonides, from the Cornell University in the US.

"It's possible to hear any time at all, but it becomes likely we will have heard around 1,500 years from now," said Solomonides.

"Until then, it is possible that we appear to be alone - even if we are not. But if we stop listening or looking, we may miss the signals. So we should keep looking," he said.

Astronomers from Cornell University deconstructed the Fermi Paradox and paired it with the Mediocrity Principle into a fresh equation.

According to the Fermi Paradox, billions of Earth-like planets exist in our galaxy, yet no aliens have contacted or visited us. Thus the paradox: the cosmos teems with possibility.

The mediocrity principle - proposed by 16th-century mathematician Copernicus - states that the Earth's physical attributes are not unique, as natural processes are likely common throughout the cosmos, and therefore aliens would not discover us for a while.

Hunting for extraterrestrials means sending out signals like television broadcasts, for example. As Earth's electronic ambassador, TV and radio signals are sent into space as a byproduct of broadcasting.

These signals have been travelling from Earth for 80 years at the speed of light.

For aliens receiving these transmissions, they would likely be indecipherable, said Solomonides, as the extraterrestrials would need to decode light waves into sounds, then parse 3,000 human languages to grasp the message.

Earth's broadcast signals have reached every star within about 80 light years from the Sun - about 8,531 stars and 3,555 Earth-like planets, as our Milky Way galaxy alone contains 200 billion stars, researchers said.

Combining the equations for the Fermi Paradox and the mediocrity principle, the researchers suggest that the Earth might hear from an alien civilisation when about half of the Milky Way Galaxy has been signalled in about 1,500 years.