Large Asteroid on Near Miss Course for Earth on a Friday the 13th in 2029, Impact Exercise Conducted

Friday the 13th is considered an unlucky day in Western superstition. 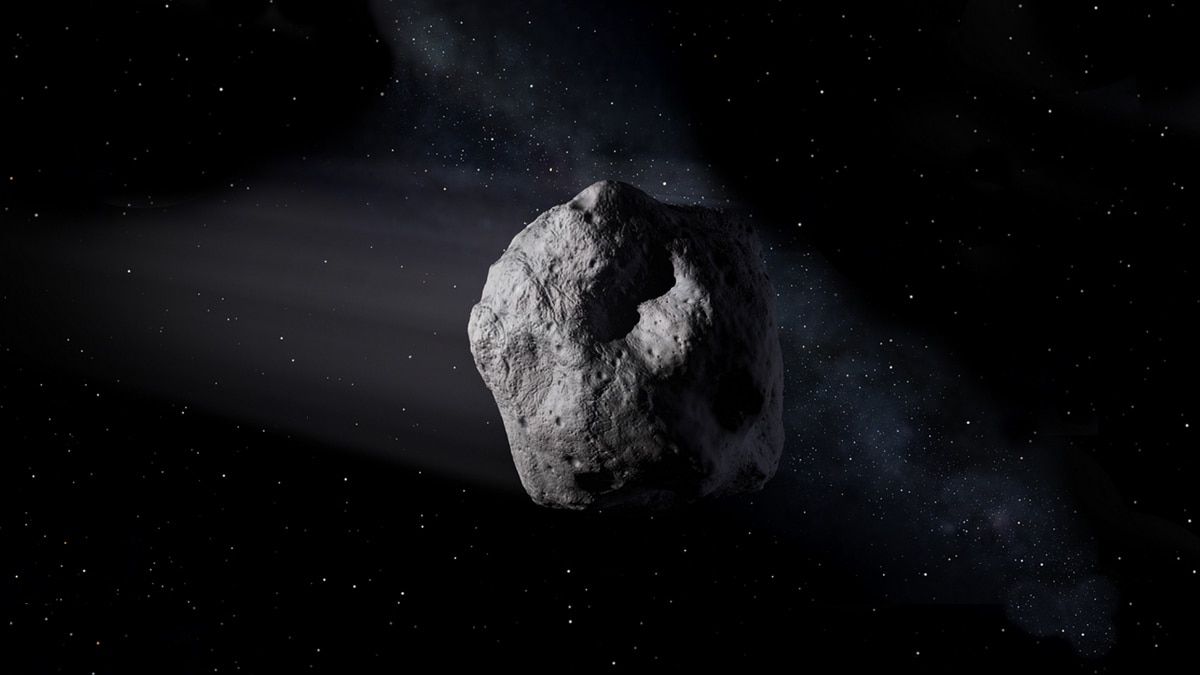 Apophis asteroid will pass by Earth in a near-miss trajectory on Friday, April 13, 2029

NASA this week revealed that scientists are planning a flyby study of the large 340-metre wide 99942 Apophis asteroid that will cruise past Earth in 2029, narrowly missing impact. Initial calculations had predicted a 2.97percent chance of impact, the space agency said, clarifying that later observations had ruled out the possibility. The near-miss will be a bounty for scientists, NASA said in its release, and those gathered at the 2019 Planetary Defense Conference in College Park, Maryland dedicated a session to it on Monday, discussing plans for study during its flyby. They also considered it as a hypothetical impact scenario, and the findings of that exercise have been released.

The Apophis asteroid will interestingly pass by Earth on a near-miss Earth trajectory on a Friday the 13th (April 13, 2029), gracing a day considered unlucky in Western superstition. It will pass within 31,000km of the Earth's surface, which is less distance than some of our satellites. NASA in its press release notes that it's "rare for an asteroid of this size to pass by the Earth so close." As we mentioned, it created a bit of stir when initial calculations after its first observation in 2004 had indicated a chance of impact. A 2036 impact was then projected, but over the years this too has been effectively ruled out.

NASA says Apophis will first become visible to the naked eye in the night sky over Australia, and will then cross the Indian Ocean, and then the equator above Africa. Its closest approach, will be just before 6pm EDT (3:30am IST), over the Atlantic Ocean. At that point, it will be moving at speed that will see it cross the Atlantic ocean in an hour.

According to a press release shared by the Planetary Defense Conference (PDC), Apophis is "named after the ancient Egyptian spirit of evil, darkness and destruction." Astronomy magazine clarifies Apophis is the Greek name given to the Egyptian demon Apep, and notes that codiscoverers Dave Tholen and Roy Tucker may have had a different reason for the name - they are fans of the popular sci-fi TV series Stargate SG-1, which features a character named Apophis as its most persistent villain.

The Planetary Defense Conference release adds that if the Apophis asteroid were to hit earth, "it would cause major damage to our planet and likely to our civilization as well." It adds, "Fortunately, Apophis will not hit Earth in 2029, but the closeness of its approach will provide an excellent opportunity to study and perhaps send a spacecraft to this potentially hazardous asteroid. But suppose another asteroid is discovered and found to be on a collision course. What would we do? We might be able to deflect the object, but could our leaders provide funding and make other decisions at critical points? How would the public react if using a nuclear explosive was the only option for deflection?"

To answer these questions, PDC conducted an exercise, dubbed 'The 2019 PDC Hypothetical Asteroid Impact Scenario', imagining a similar asteroid being discovered in March 26, 2019, with a possible impact on April 29, 2027. The results of the exercise are available here.