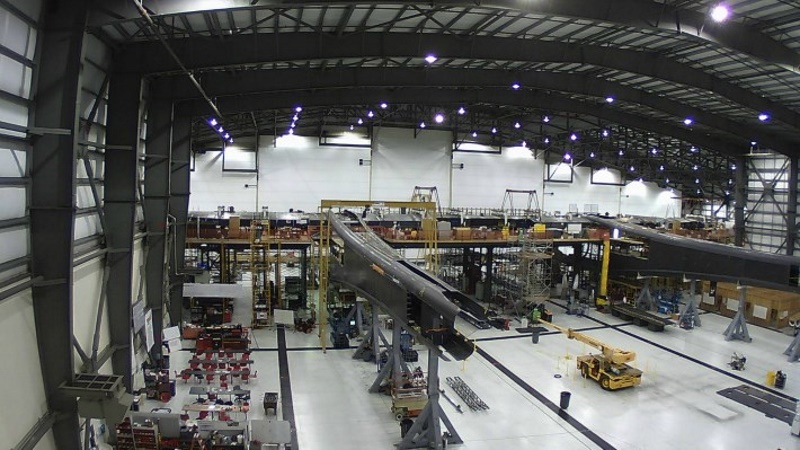 The latest entrant into the new space race has a wingspan longer than the distance traveled by the Wright Brothers in their earliest flights. Its landing gear has a total of 28 wheels. And the local county had to issue special construction permits for the scaffolding needed to build what would be the world's largest airplane.

Only someone like Paul Allen - the billionaire co-founder of Microsoft, owner of the Seattle Seahawks, dreamer and space enthusiast - might attempt to build something like this: a twin-fuselage behemoth as wide as a football field that, fully loaded, would weigh 1.3 million pounds, be powered by six 737 engines and have 60 miles of wiring coursing through it.

Called Stratolaunch, the plane would be bigger than Howard Hughes' famed Spruce Goose, which flew once, in 1947. But Allen's creation comes as the space industry is being disrupted by entrepreneurs, such as Elon Musk, Jeff Bezos and Richard Branson, who like him, aim to revolutionize space travel. (Bezos owns The Washington Post.)

And so this very, very big plane is designed with beyond-Earth ambitions: to carry a rocket tethered to its belly to an altitude of about 35,000 feet. Then, once aloft, the rocket would drop, fire its engines and "air-launch" to orbit.

While the project has been under wraps for years, Allen's notoriously quiet aerospace company is now coming into the open, showing off its plane - and talking about Allen's plans for how it could transform space. The idea is to open up access to low-Earth orbit, making the couple-hundred-mile trips above Earth's surface a routine, Amtrak-like commute, Chuck Beames, the president of Allen's Vulcan Aerospace, said during a tour of the facility with a small group of reporters last week.

"When such access to space is routine, innovation will accelerate in ways beyond what we can currently imagine," Allen said in a statement. "That's the thing about new platforms: when they become easily available, convenient and affordable, they attract and enable other visionaries and entrepreneurs to realize more new concepts."

Allen, who was not present during the tour but likes to "pop in" regularly at the hangar, is aiming to revolutionize space, "much bringing the personal computer into the home revolutionized society," Beames said.

Allen put it this way: "Thirty years ago, the PC revolution put computing power into the hands of millions and unlocked incalculable human potential. Twenty years ago, the advent of the Web and the subsequent proliferation of smartphones combined to enable billions of people to surmount the traditional limitations of geography and commerce. Today, expanding access to LEO holds similar revolutionary potential."

But it's unclear whose rockets Stratolaunch would be ferrying to space. It's one-time partnerships with SpaceX and the company now known as Orbital ATK have ended.

And it has competition. Branson's Virgin Galactic also plans to air launch rockets carrying small satellites, but from a 747. 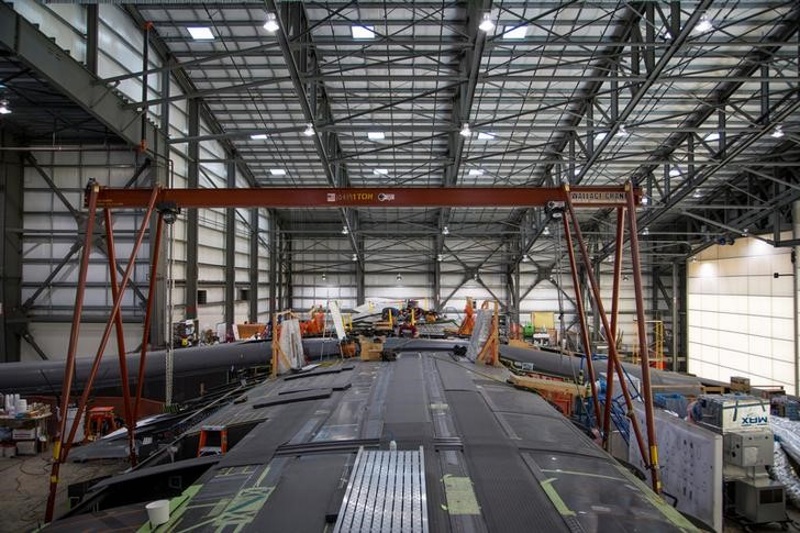 "Dedicated, responsive small satellite launch is a crowded field right now, in terms of development; nearly twenty launchers have been proposed. Some, all or none may succeed," said Carissa Christensen, managing partner of the Tauri Group, a consulting firm.

Stratolaunch's massive size, though, would allow it to ferry larger rockets, and larger payloads, into the skies and thus "serve a broad client base," Beames said. Instead of launching vertically from a launch pad, the plane would take off and land from a runway, which would allow for quick "on-demand airport-style operations," the company says.

Beames declined to reveal details about which companies might want to hire Vulcan to launch its rockets, saying only that, "We have engaged in lots of conversations and lots of business discussions. No company is ruled out."

Vulcan Aerospace is mostly focused on launching unmanned vehicles, Beames said, and betting on new space startups popping up as venture capitalists start to see the commercial value in space.

"Paul's thing is to nourish the mavericks," he said. "They're the ones fueling the future."

Beames said there was a "detailed strategy" approved by Allen that was based on sound business practices. A "revolution" in technology that is making once-massive satellites tiny, some no bigger than a shoebox, would fuel demand, he said. Just as computers went from massive mainframes to palm-size gadgets, satellites will get smaller, more affordable. And that, in turn, will open a new launch market, where speed and convenience, not qualities that are now associated with space launch, are key.

"We are at a pivot point in history in terms of the advent of the micro satellite," he said. "Just like the micro computer, the utility is unbounded. It's very, very similar to the revolution of the personal computer that began in the late '70s and early '80s."

For Allen, Vulcan Aerospace represents his second foray into space. He backed Scaled Composites, then run by the legendary Burt Rutan, which won the $10 million Ansari X Prize in 2004 by flying a manned spacecraft twice beyond what's considered the edge of space.

The flight was a historic achievement - the first commercial vehicle to fly to space - and now SpaceShipOne hangs in the Smithsonian's Air and Space Museum alongside the Spirit of St. Louis, which Charles Lindbergh piloted for the first trans-Atlantic flight.

But Allen was notoriously fearful about the dangers in manned flight, and found it "hard to handle" that someone's "life hung in the balance," he recalled in his memoir, "Idea Man." Allen eventually licensed the technology behind SpaceShipOne to Richard Branson's Virgin Galactic.

"Seeing up close what's involved in spaceflight gave me pause," he wrote. "I'm not an edge walker. I've never done a parachute jump, for example."

It seemed as if he was done with space. Then in 2011, he announced that he planned to build the world's largest airplane. It was the year the space shuttle retired, and Nasa started relying on Russia to ferry its astronauts to space. Allen saw his venture as a way to "keep America at the forefront of space exploration," he told reporters at the time.

Like many of his generation, he grew up enamored of the 1960s Apollo era. Inspired by his heroes, John Glenn and Alan Shepard, Neil Armstrong and Buzz Aldrin, Allen spent his childhood dreaming of space, even designing a rocket to go to Mars. Like Bezos and Musk, Allen was an avid science fiction reader as a kid. With a childhood friend, he once tried to launch the arm of an aluminum chair by packing it with powdered zinc and sulfur and firing it from a coffee pot, he wrote in his memoir. It didn't work.

For years, Stratolaunch remained largely quiet. But on the tour, Beames said he was thrilled to show off the plane, which is 76 percent complete.

When it will fly, however, is unclear. Once complete, it needs to go through a ground-testing program, and Beames declined to give any specifics of when it would take to the air. Allen's plan is to be able to launch orbital rockets by the end of the decade, he said, and the company was on track to hit that goal.

"It's a whole new frontier," Beames said. "It's a bit like the Wild West."