Why Flights May Be 75 Percent Quieter Next Year 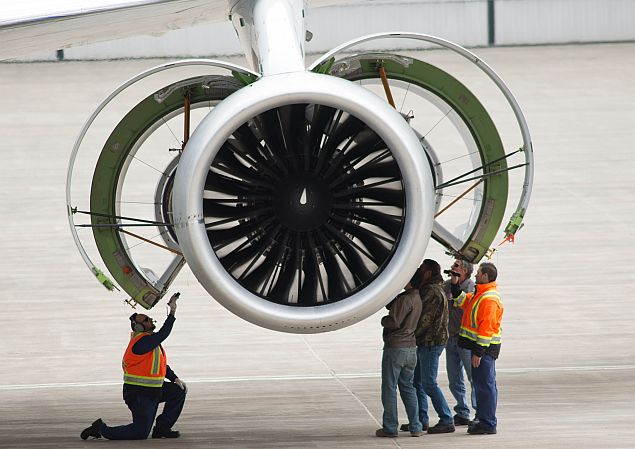 When you get onto a flight, odds are that you're not spending too much time thinking about the engine that's used in the airplane - unless of course you're fervently wishing that nothing goes wrong with it.

But think about it for a second. You're sitting in a heavy metal can that is somehow able to hurtle through the air at eye-watering speeds, and the fact that hundreds of thousands of people do this every single day is nothing short of a miracle of science.

While aircrafts may look like they haven't changed much over the years - basically a long, metallic tube with wings - but on the inside, there's been a steady stream of changes. One of the newest changes is the Geared TurboFan (GTF) engine present in the Pratt and Whitney PurePower engine that powers the upcoming Airbus A320neo family. Unlike a conventional turbofan engine, the GTF uses a gear-system to decouple the turbine and the fan in the engine, which, amongst other things, leads to fuel savings and reduced noise as well as emissions.

Over the last 20 years, Pratt and Whitney has been engaged in research and development and testing to make the PurePower engine, in a multi-billion dollar program with hundreds of engineers working on the problem. NDTV Gadgets spoke to engineers and executives at the company to understand how this technology is set to revolutionise the world of aviation.

Understanding the GTF engine
The existing jet engines are basically giant funnels - huge fans in front suck the air in, the air is compressed, mixed with fuel, and ignited. The air then rushes out from the back of the jet through the turbines. This, of course, is hugely simplified, but that is the core of how a jet flies.

The problem, the engineers at Pratt and Whitney found, is that the fans on the jets and the turbine in the engine are connected and move at the same speed. But the fan doesn't need to go as fast as the turbine - and in fact, the fan moving too fast wastes fuel and leads to an increase in noise pollution. 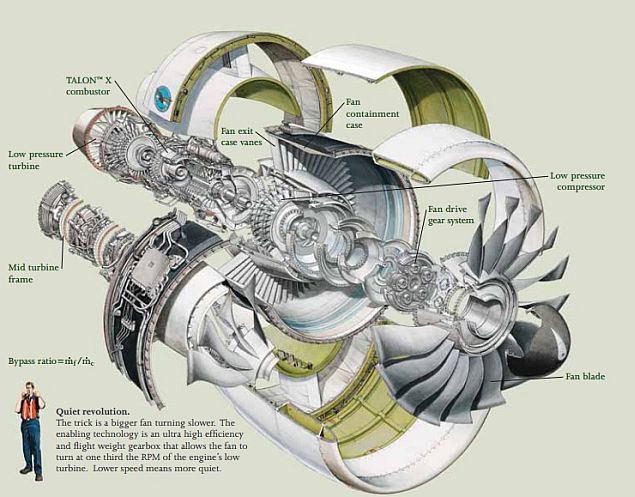 The fan can pull in more air than the smaller turbine can push out, but it has to run at the high-speed of the turbine because the two are connected to the engine directly. Of course, doing this means that the fan consumes more energy - and in turn, fuel - than necessary. Also, the faster a fan turns, the more noise it makes, so you have a problem of wasted fuel and excess noise.

And if you were to run the engine at a slower speed - so that the fan did not run as fast - then the turbines at the rear of the engine where the blown-back air goes would not be as effective at funnelling the air out. This would reduce the engine's efficiency; which means this isn't a practical solution either. The workaround is to have fans working at different speeds, but no one's been able to scale it up for use in large commercial airliners. Until Pratt and Whitney developed GTF.

The solution isn't exactly the same as the gears in our cars, but that's a good starting point to understand how the new engines work.

Just behind the fan is a system of gears called "planetary reduction gear". The turbine shaft connects to the central gear, which can be thought of as the sun, surrounded by "planetary" gears that are supported by journal bearings. 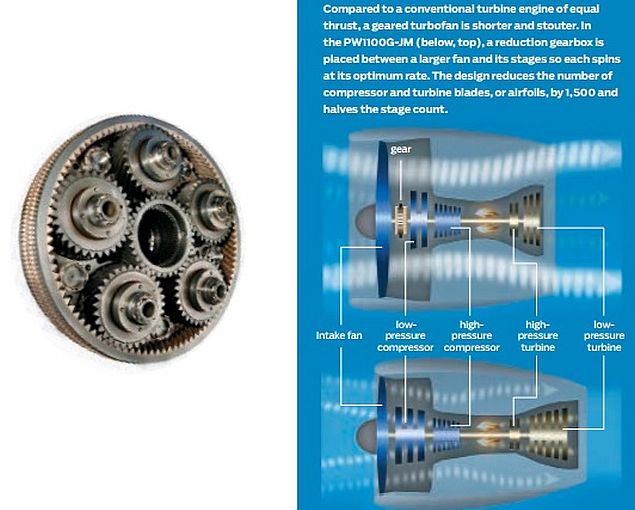 The first engines to use this concept were made in 1972, and thousands have been produced for smaller, business jets, but the gears had never been scaled for airliners sized for 70 to 180 seats, where the conventional TurboFans continue to be in use.

The gearing is fairly complicated but resulted in a much bigger fan that operates at one-third the speed of the turbine. The result is a shorter, lighter engine that can produce the same amount of power as a larger conventional turbofan, while burning 12 to 15 percent less fuel, and emitting 35 percent less carbon dioxide.

Pratt and Whitney is one of the "big three" aero-engine manufacturers, along with General Electric and Rolls Royce. Over the last few decades, the companies have been looking to scale GTFs to bigger jet and it was Pratt and Whitney engineers that finally found a solution.

Getting this right involved years of work, and testing various designs and materials. Every piece that goes into a jet has to be stress tested - wind tunnels can simulate flight, while other tests can include crash tests, and tests to see the impact of pressure changes that planes typically go through. Testing is actually one of the most crucial aspects of new airplane technology - all airlines and countries have strict safety norms, and the engine must meet them all. 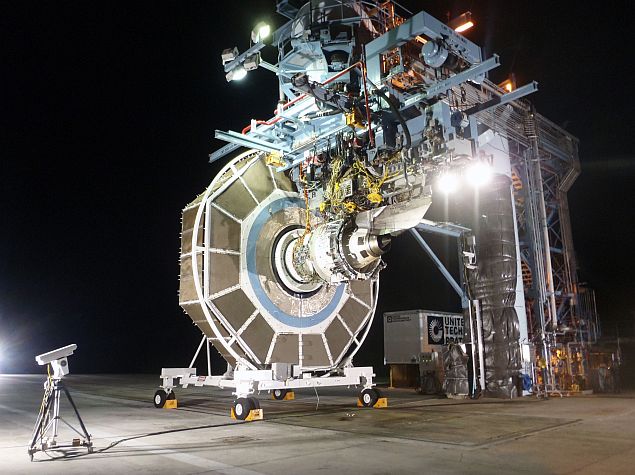 Pratt and Whitney says flight testing on the new GTF engines began six years ago, and the result of all this work is a jetliner engine that the company says consumes 16 percent less fuel consumption and offers 75 percent noise reduction.

Good for business
India will in fact be one of the first countries to use this new GTF engine - Indigo has taken the lead and 150 Airbus 320neo aircrafts that'll be amongst the first, and in 2016, Go Air will also start inducting A320neo aircrafts of its own (it has ordered 72).

Here's a video highlighting the sound difference between a GTF and a regular turbofan engine.

The difference between the two is fairly dramatic - which means a quieter flight - but for airlines in India, the savings in fuel cost represents a big part of the GTF appeal.

"With oil prices on the rise, we are more satisfied than ever with our selection of the Pratt and Whitney PurePower engine," says IndiGo President Aditya Ghosh. "As a result of the lower engine operating cost, we are confident that we can maintain our competitive low fares while simultaneously offering our customers the most environmentally friendly way to fly."

"We selected the Pratt and Whitney PurePower engine because we are confident that its performance advantage will deliver significant savings in operating costs, as well as considerable reductions in emissions and noise," says Jeh Wadia, managing director, GoAir. "The PurePower engine is the best long-term solution for GoAir's growing fleet."

Pratt and Whitney has orders for over 6,000 of their new engines around the world, and Indigo's order is one of the biggest.

"This IndiGo order represents one of the largest engine orders in Pratt & Whitney's long history," said Todd Kallman, president, Commercial Engines & Global Services for Pratt & Whitney at the time the deal was announced. "We are excited by the opportunity to power IndiGo's A320neo fleet and fly its customers with the dependable Pratt and Whitney PurePower engines."

For customers, the change in technology won't make a huge difference - the GTF will make for quieter flights, which means a slightly better flight experience, but you know the airlines will still pack you in like cattle in economy class. However, the new engines should please anyone whose house lies under an approach path to the airport.

Ticket prices are not expected to be affected - the cost of introducing the technology is expected to be compensated by the increased operating efficiency, though the move is likely to be completely transparent to the consumers.

But if the flight you catch next year sounds quieter than normal - you know who to thank.