What Is the Goal of Juno's Mission to Jupiter? 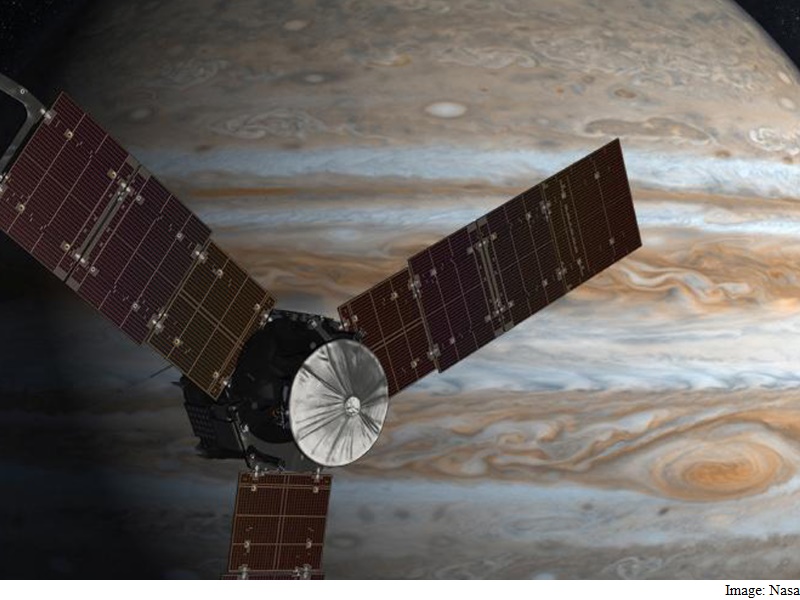 Highlights
Nasa's Juno spacecraft on Tuesday began circling Jupiter on a 20-month mission to learn more about the origin of the solar system's most massive planet.

The arrival was a triumph for the $1.1 billion project to get closer to Jupiter, a mysterious "planet on steroids" where everything is extreme, the atmosphere is poisonous and the radiation is 1,000 times the lethal limit for a human, according to principal investigator Scott Bolton.

What are the great mysteries about Jupiter?
Jupiter, the largest planet in our cosmic neighborhood, is believed to be among the first to have formed in the solar system. But how did it form? Scientists still don't know.

Like the sun, it is made up of mostly hydrogen and helium, so it may have captured most of the material left after the sun came to be.

"Did a massive planetary core form first and gravitationally capture all that gas, or did an unstable region collapse inside the nebula, triggering the planet's formation?" Nasa asked.

What does the mission hope to learn?
The Juno mission aims to peer beneath the clouds around Jupiter for the first time to learn more about the planet's atmosphere.

How much water the planet contains is also a key figure, because it will tell scientists a lot about when and how the planet formed.

Bolton also said Juno is likely to discover more moons around Jupiter, which is already known to have 67.

It also aims to probe how the planet's intense magnetic field is generated, and study the formation of auroras - streamers of light in the sky caused by energy from the sun and electrically charged particles trapped in the magnetic field.

How will it find out?
By measuring the amount of water and ammonia in Jupiter's atmosphere, the spacecraft can determine if the planet has a solid core, "directly resolving the origin of this giant planet and thereby the solar system," said Nasa.

Juno is carrying nine science instruments and also has a camera that can capture still images and video of Jupiter and its moons.

What are the risks of getting so close to Jupiter?
Jupiter's magnetic field is nearly 20,000 times as powerful as Earth's, and the planet is surrounded by an intense radiation belt.

This radiation amounts to 100 million X-rays in the course of a year, according to Heidi Becker, senior engineer on radiation effects at Nasa's Jet Propulsion Laboratory.

The electronics inside Juno were shielded inside a titanium vault to protect them against this onslaught of radiation.