Visions of the Future Unleashed at TED 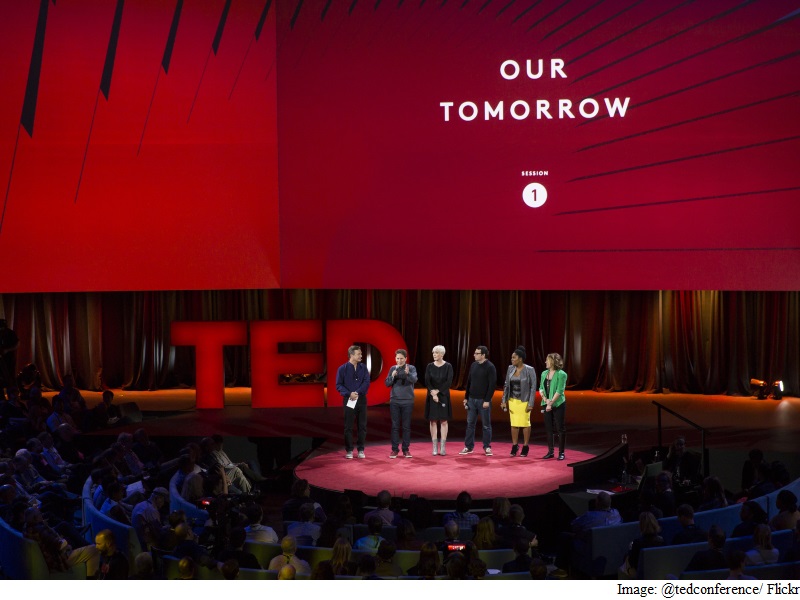 Astro Teller of the boundary-pushing X lab run by Google parent company Alphabet, and television producer and writer Shonda Rhimes were among those who took to the intimate stage during the opening session of the five-day event.

"We'll hear ideas - some hopeful, some frightening - that will jolt us awake."

Teller, playfully nicknamed "captain of moonshots," shared insight on the inner workings of the lab known for projects including self-driving cars and wireless Internet streamed from high-altitude balloons.

Google has long sponsored TED, and its founders have spoken at the conference.

Teller predicted that efforts by X and others would eventually see billions of people in remote or rural areas getting life-changing Internet access within the coming decade.

The X team's high-speed Internet service known as "Project Loon" began its first tests in Sri Lanka on Monday ahead of a planned joint venture with the government there, the country's top IT official told AFP.

Teller said he expected Project Loon balloons to be tested over Indonesia this year.

The project, he quipped, might be the craziest to date at the X lab, which was once part of Google but became a separate unit with a restructuring that created parent company Alphabet.

"Our balloons today do everything we need," Teller said. "So we are going to keep going."

'Banquet for whole world'
Some 1,400 people from 58 countries are expected to attend the annual TED event at which more than 70 speakers or artists will deliver compact, powerful talks or performances centred on a "Dream" theme.

"Speakers will explore some of the greatest ideas we're capable of dreaming up today, as well as a few nightmares worthy of our attention," TED organizers promised.

The rich roster of speakers ranged from the founders of ride-sharing service Uber and home-sharing startup Airbnb to France's "Lady Gaga of mathematics" Cedric Villani and Wanda Diaz Merced, a blind astrophysicist who uses sound to study the stars.

Video of the talks, released free online, have won a global following.

In a first, the opening session of the conference was streamed live to select movie theatres in North America where people could watch for the price of a ticket.

Recorded versions of the session will be shown in theatres in Europe on February 16 and in Australia on March 2.

The conference born in Northern California in 1984 during what was supposed to be a one-off event has grown into a global forum for heady "ideas worth spreading."

TED is known for trademark "talks" during which the brilliant, innovative, artistic or accomplished deliver thought-sparking presentations in 18 minutes or less.

In 2006, TED began to record talks and post them online.

As TED talks were posted in more languages, traffic to the website soared. Talks have spread to television and radio. Captivating TED speakers have become Internet stars.

Richard Saul Wurman, who started the gatherings that Anderson's non-profit Sapling Foundation transformed into the TED of today, has described the gathering as a dinner party that has turned into "a banquet for the whole world."