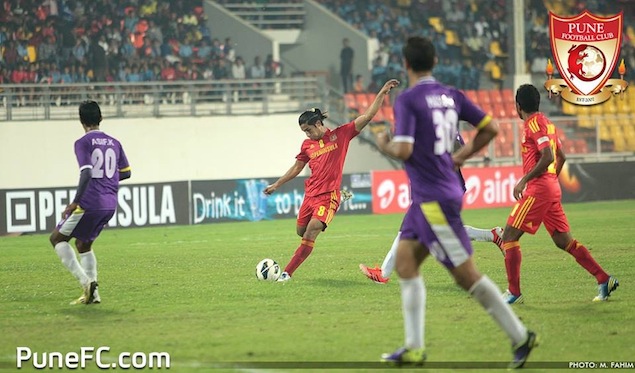 Perhaps one of the best places to showcase new technology around the continually evolving field of sportswear is a stage of the global kind. And what better a platform to showcase things than the Fifa Football World Cup slated to begin next week. With 32 teams across the globe set to battle it out for the supreme prize, kit suppliers for the teams have been working in overdrive, to outdo each other in ensuring that the players have kits that are optimised to improve their performance.

While all this sounds good, what exactly goes into the making of these jerseys and how does it help improve on-field performance? For a sport where a slight lapse in concentration can be the difference between winning and losing, both the teams as well as the kit suppliers have to take their designing very seriously.

The current World Cup has three primary kit sponsors that cover a majority of the teams - Nike with 10 teams, Adidas with nine teams and Puma with eight teams. The other companies include the likes of Uhlsport and Marathon. While most people focus on the patriotic colours, there's also a lot of technology that goes into the kits worn by the players on the field.

Take the case of Puma, which supplies kits to the teams such as Italy, Ghana, Cameroon, and Algeria, amongst others. The kits supplied to the teams include the latest innovation from Puma - PWR ACTV, which combines athletic taping and compression fit fabric, within the apparel.

Rajiv Mehta, MD Puma India, says, "The concept behind the new jerseys is simple - enabling the players to play in the heat in Brazil, whilst not letting it affect their performance. The ACTV tape is placed strategically in the garment. It provides micro-massage to the player to specific muscle areas, which helps promote energy supply to the muscles." 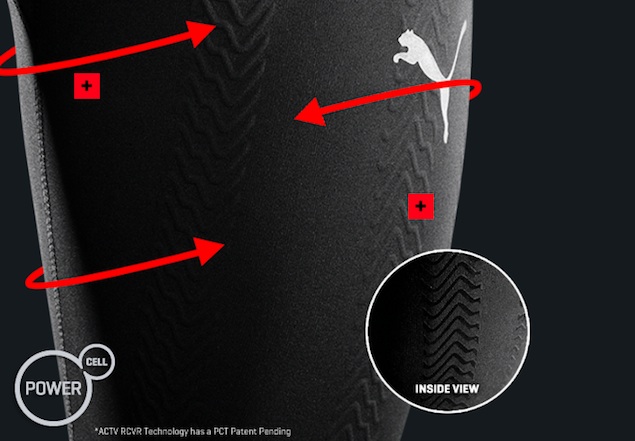 ACTV technology is a compression technology that helps to reduce the muscle vibration in athletes. Think of it as stretching rubber bands tightly along the players' bodies, holding the muscles tightly to prevent vibration while running. This gradual compression promotes stamina recovery, which in a 90-minute game could make the difference between winning and losing.

Mehta says that the new innovations were tested in the team kits for clubs VfB Stuttgart in Germany and Botafogo FR in Brazil. "It ensured that the product was tested in varied weather conditions. More importantly all the eight teams were closely involved in the designing of the product so we also knew what they exactly wanted," he adds.

Adidas meanwhile, has also introduced a technology called Adizero. The Adizero technology, which was earlier used by Adidas in their F50 line of football shoes, is now a part of the players' kits. The Adizero technology was used to reduce the weight of the shoe. This is done with a super-thin membrane like design that ensures a more perfect fit around the player's foot thereby improving traction and control. This has the additional benefit of reducing weight, and therefore strain, on players.

The Adizero technology has been combined with the Climacool technology to create the new lightweight jerseys. Climacool is an older technology, which uses a highly breathable fabric to provide improved ventilation. It was first introduced in 2012 by Adidas. In addition to moisture and sweat management it resists pilling (bunching and breaking of fibres) and is anti-microbial. That is but a part of the whole set-up. Adidas in fact claims that the new jerseys are also around 40 percent lighter than the ones used in 2012's Euro Cup - the weight of the new jersey is 100 grams, down from 166 grams. That might not sound like much, but when the footballers are pushing themselves to the limit for 90 minutes, it can make a big difference.

Explaining the concept, Chirag Tanna, Head of Operations, Pune Football Club (PFC), says, "PFC has been outfitted with Adidas kits similar to the ones that are being used in the World Cup. One of the most important criteria that we needed was a lightweight jersey that helped the players stay fit whilst playing in hot and humid conditions. The Climacool technology used in the team jerseys has helped the players stay fresh, both during the training hours as well as during match days. The sweat wicking feature on the jersey ensures that the players remain dry."

"The fabric which is highly breathable removes the moisture from the skin and pushes it to the surface for quick evaporation," Tanna adds. "This is combined with mesh linings in critical heat zones to aid the comfort of the player on field. One of the main causes of fatigue is sweat, which reduces the breathability of the players major muscle groups. That has been addressed, which has significantly helped improve the performance of the players."

Take the kits being supplied by Nike for instance. Sponsoring ten of the 32 teams in the World Cup, including the host nation Brazil, it launched all the kits simultaneously on April 28 this year. Nike states that the jerseys incorporate the Dri-FIT technology for improved breathability.

Dri-FIT, according to Nike, is a high performance microfiber which moves sweat away from the body to keep the players comfortable. This, along with the laser cut holes that form a mesh layer, works towards creating a body-mapped fabric which is designed keeping natural body contours in mind. Combined with ventilation zones this allows for more air to travel through the fabric.

The latest feature however is the departure from the old NikeFIT designs that were almost exclusively made of polyester. The new jerseys make use of a combination of cotton and recycled polymer. The shorts feature 100 percent recycled polymer, while the shirts 96 percent and the stockings 78 percent. According to Nike, recycled plastic bottles are used to make the polymer - on average, 18 such bottles are used to make one kit. 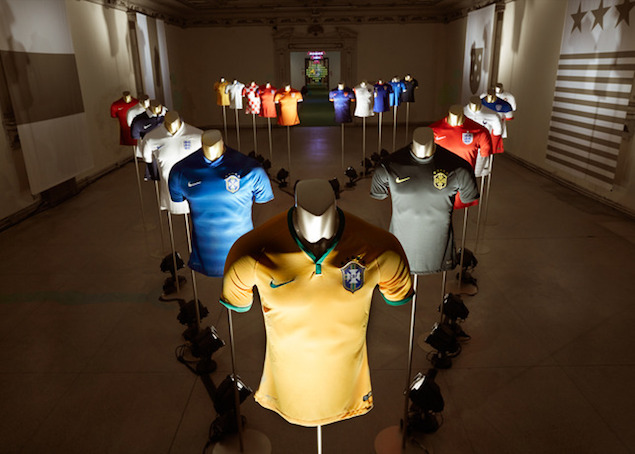 On the other hand incorporating players' opinions also helps design the kits better. Martin Lotti, Global Creative Director for Nike Soccer, says, "When we asked players to talk about the kind of protection they need during a match, they showed us scars and abrasions on their upper-back hip area from sliding. Several players showed us these same injuries so we set out to add more protection, while balancing the need for lightweight fabrics and breathability."

Similarly Puma in their latest World Cup kits has the ACTV tape placed in strategic positions on the shirt. According to Mehta, the tape on the front of the shirt is designed to relax the midriff for deeper breathing and stimulate the abdominal muscles for stability and balance. "The tape on the back of the shirt is located on the shoulder blades and lower back, helping assist posture and increase stability," he adds.

But for all the innovation that the kit providers supply in the jerseys, how effective are they actually on the field?

Footballer Arata Izumi, who plays for both the PFC and the Indian National Football team, says, "The kit perhaps, is as important as the football shoes. Playing in India, which has a tropical climate the jerseys and the shorts play a crucial role in our performance, especially over long matches (which go into extra time). The current kit by Adidas is light weight and it also helps us stay dry and comfortable."

The Japanese-born Izumi who has become a naturalised Indian citizen adds, "During the 90 minutes of a game, if the kit is comfortable, for players it acts as a psychological booster. The cumulative effect is positive. The energy levels are good, there is better stress and fatigue management and that leads to more physical comfort. All these things eventually help the player a lot on the field."