Humanity on Mars? Technically Possible, but No Voyage on Horizon

Experts believe the technical challenges are nearly resolved, but political considerations make the future of any crewed mission uncertain. 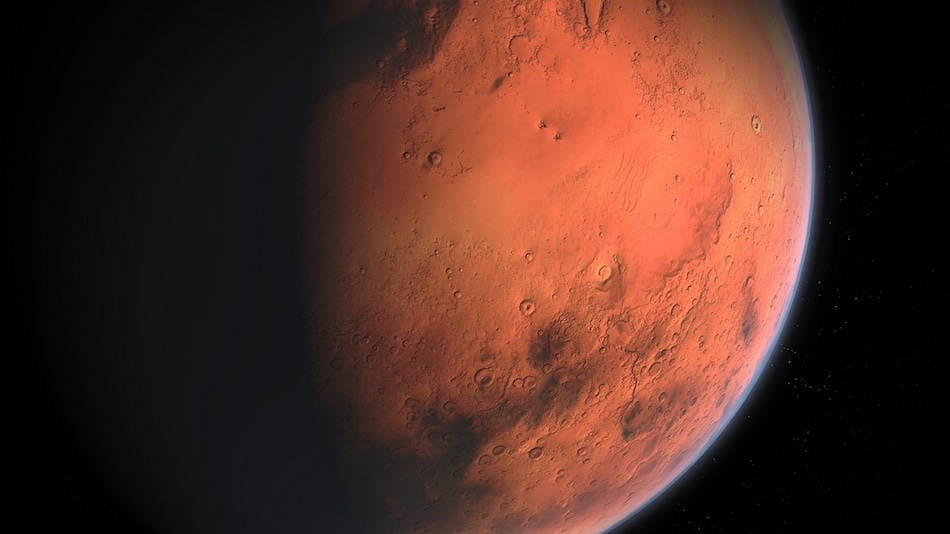 Robotic landers and rovers have been touching down on Mars since the 1970s, but when will humanity finally set foot on the Red Planet?

Experts believe the technical challenges are nearly resolved, but political considerations make the future of any crewed mission uncertain.

NASA's human lunar exploration program, Artemis, envisions sending people back to the Moon by 2024 and using the experience gained there to prepare for Mars.

Plans have been proposed for a crewed exploratory mission of our neighboring planet since before NASA was created in 1958, but have never taken off.

In the spring of 1990, then president George Bush Sr announced the most audacious promise to date -- a man on Mars before July 20, 2019, the fiftieth anniversary of the first lunar landing.

"I have seen maybe 10,000 graphs, charts, proposing various ideas about how to get to Mars, for humans," G Scott Hubbard, an adjunct professor at Stanford and former senior NASA official, told AFP.

"But putting the money behind it to make it a reality has not occurred."

The mission itself would last two or three years.

For the seven-month journey, twenty years of living and working in the International Space Station (ISS) has reassured scientists about the dangers posed by radiation and by weightlessness, such as muscle atrophy.

The body does not emerge unscathed, but the risks are deemed acceptable.

Then there is the stay on Mars itself, which would last 15 months so that the planets are once more on the same side of the Sun.

The surface temperature will average -63 degrees Celsius, and though radiation is a factor, suits and shelters exist that would shield astronauts.

In case of medical emergencies, distance would make an evacuation impossible.

What mishaps should astronauts anticipate?

First of all fractures, but plaster casts would often suffice, says Dan Buckland, an engineer and emergency room doctor at Duke University, who is developing a robotic intravenous needle with support from NASA.

Diarrhoea, kidney stones, and appendicitis are generally treatable, except for 30 percent of appendicitis cases which must be operated and could therefore be fatal.

With extensive screening of astronauts' genetics and family history, you can greatly reduce the probability of having a crew member who develops cancer over the course of a three-year mission.

"I have not found a showstopper for going to Mars, in terms of a health condition," said Buckland.

One major issue would be protecting the habitats and vehicles from the ravages of the fine dust that covers the surface.

"Mars is unique in that there's also a concern about dust storms," said Robert Howard of the NASA Johnson Center.

These hellish planet-wide tempests can block out the Sun for months, rendering solar panels useless.

In 2018, NASA and the Department of Energy successfully completed a demonstration project, the Kilopower Project.

Ultimately, the goal will be to manufacture materials on site using mined resources, probably with 3D printing machines.

Development is embryonic, but the Artemis program will be a testing ground.

Musk has proposed colonising Mars, with a first expedition to build a factory that converts Martian water and carbon dioxide from the atmosphere into oxygen and methane fuel.

Robert Zubrin, president of the Mars Society, likewise advocates for the creation of "new branches of human civilization."

That no progress has been made since humanity last walked on the Moon in 1972 is, to him, shameful.

"It was as if Columbus had come back from the New World the first time and then (king and queen) Ferdinand and Isabella had said, 'so what, we're not interested,'" he said.

Not everyone is convinced.

"We have an amazing planet with an atmosphere, with oxygen, with water...It's criminal, you don't have the right to fool people into thinking there is a 'Plan B,' a 'Planet B,' that we will have a Martian civilization."

Whether humanity installs a colony or permanent bases, the most important obstacle, for a lasting human presence on Mars, will be to convince people to accept a higher level of risk than for the Moon or the ISS, argues Buckland.

In the long run, not everyone will return.