How NASA Could Help Stop Climate Change With Solar Satellites 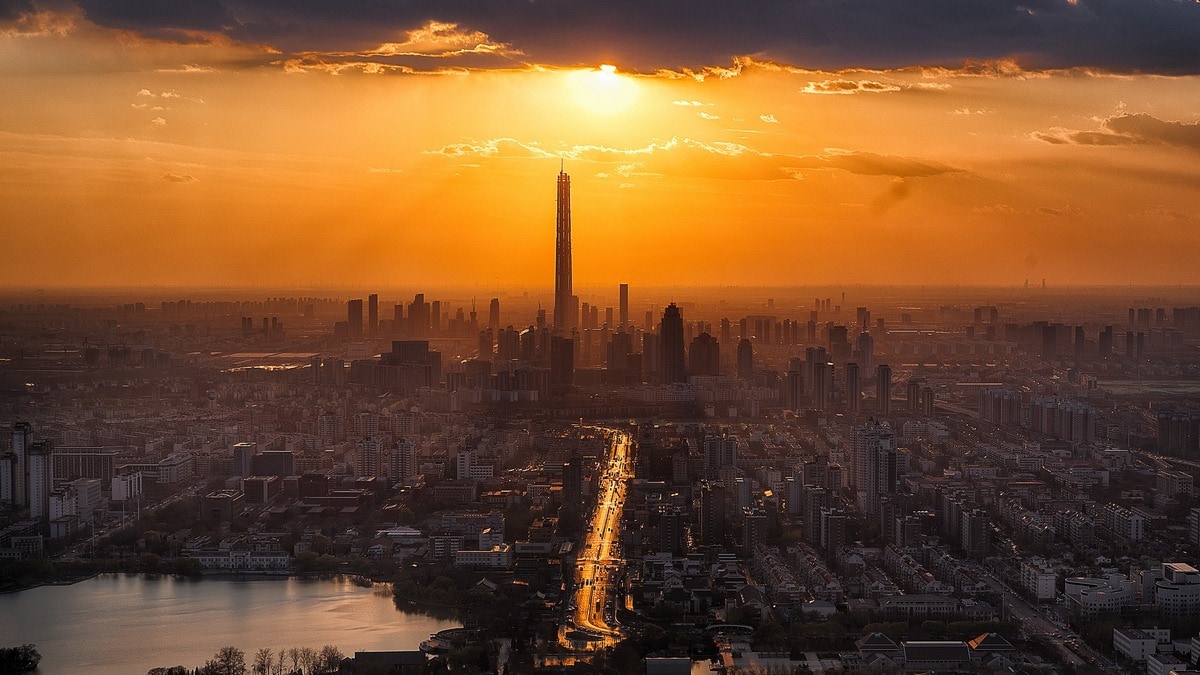 Just two months after the 50th anniversary of the Apollo 11 moon landing, 16-year-old Greta Thunberg told leaders gathered at the United Nations that they had stolen her dreams by not figuring out how to stop climate change within her eight-year deadline. Today, Congress can give Greta her climate dream back. The key is President Donald Trump's plan to have NASA return Americans to the moon by 2024. But this time, we shouldn't go just to get there: Instead, we should set off with a plan to kick-start a technological plan that has been in the works for decades.

That tech is solar satellites. As first conceptualised in 1968 by Peter Glaser, an engineer, these huge arrays - lightweight frames several miles across that would hold thin panels - would orbit 22,000 miles above the equator in a geosynchronous orbit. Because of the Earth's tilt, satellites in this orbit are never in its shadow. That means they would be constantly exposed to sunlight, which they would convert into electricity. They would then use a cellphone-like microwave signal to send that electricity safely down to equally large antennas on the ground below them anywhere on the planet, and into the grid. Each of these satellites would transmit 3,000 to 15,000 megawatts to the ground, enough to power several cities. Today, 1,000 megawatts will supply 1 million American homes with constant power.

(Wireless energy transmission may seem implausible, but we've had the capacity to pull it off as far back as 1975. That's when NASA and the Raytheon used satellite components to send a wireless microwave electric signal across a mile-wide valley in Goldstone, California.)

Glaser spent decades testifying before Congress about the engineering and environmental benefits of these satellites, as did Ralph Nansen, who headed Boeing's solar satellite program in the 1980s and 1990s, and John Mankins, who headed NASA's Advanced Programs Office in the 1990s and early 2000s. As the oil embargo hit the United States in the 1970s (when much of our electricity came from burning oil), Congress asked NASA's contractors to update Glaser's plan.

The proposals that General Dynamics, Boeing and others dreamed up built on our previous experience with moon exploration by astronauts, which ended in 1972, and NASA's first space station, Skylab, which launched in 1973. With these past successes, some posited that astronauts could build Skylab-like space stations in Low Earth Orbit 200 miles up, where crews and robots would assemble the enormous satellites. Then rockets would slowly boost the finished satellites up to their 22,000-mile home. The General Dynamics proposal even suggested that factories could be built on the moon, 220,000 miles from Earth. They would manufacture solar satellite components from local materials, then launch them back toward earth and into their geosynchronous orbit. Because of the moon's very low gravity and lack of atmosphere, costs would be 10 percent of launching from Earth. Though that doesn't account for the costs and complexities of setting up manufacturing facilities on the moon, it's still a huge deal, given that satellites would weigh tens of thousands of tons each.

As aerospace engineers of the era knew all too well, though, the real limit wasn't the sky; it was the federal budget. These plans would have cost more than the entire Apollo program. But the real showstopper was that solar satellite electricity would have cost far more than electricity produced on the ground, so the designs were shelved.

In every decade since then, Mankins and others reran the numbers using improved rockets and lighter sat components. Costs dropped, but not enough. In 2014, Mankins's book "The Case For Space Solar Power" used even better numbers. But he was still five years too early.

Last year, Paul Jaffe at the US Naval Research Laboratory, another Glaser fan, developed solar satellite components that weigh a tenth as much as they did five years ago. A group at Caltech did the same. Glaser's proposed 10-mile-wide satellites would be 1,000 to 3,000 yards across, depending on the design. Today, private rocket companies such as SpaceX and Blue Origin use reusable rockets to launch satellites for a third of the 2014 cost. According to NASA, the Block 2 versions of their huge new SLS rocket, if mass-produced for this market, could match or beat those costs. Jaffe and Mankins say these improvements will now let this constant solar satellite power better the price of fossil fuel and nuclear power around the world.

NASA's current plan to return astronauts to the moon in 2024 could be modified to seek out sites to manufacture solar satellites. During the past decade, satellites orbiting the moon have discovered enormous caves, called lava tubes, which could house these factories and protect them from the radiation and wild temperature swings on the surface. The interiors of some of these caves are over a mile high and many miles long. Other lunar satellites have analyzed metal ores on the surface that can be processed and used to build solar satellite components. They've even found ice in deep craters. Once processed, this would sustain the astronauts, and would provide rocket fuel to launch the components.

If the United States did pursue such projects, we would be joining a new space race that's already in progress. China announced plans this year to build its own solar satellites, which could allow it to dominate today's $4 trillion electricity market, just as it dominates the solar panel market today. But because our space tech is so much better than China's, our solar satellites could grab that market - and the high-wage aerospace jobs that would come with it - before 2030.

Then there's the Green New Deal, which calls for trillions of taxpayer dollars to be spent developing an as-yet unknown technology to cut America's carbon dioxide emissions and save the planet. We produce only 15 percent of worldwide emissions, but we could sell our solar satellites and their fishnet-like suspended ground antennas to all the nations on Earth. Farming and ranching could safely continue beneath these antennas, while trillions of income tax dollars could flow into, instead of out of, US federal coffers.

Congress could tell NASA to get the first assembly station and solar satellite prototype in orbit by 2024 with, say, an extra $20 billion a year for a decade. That $200 billion is big bucks, but it's far from the GND trillions. As a comparative percentage of today's gross domestic product, the Apollo program would cost $702.3 billion today. Once that solar sat infrastructure is in place, it's very likely that private investors would surface to take over this technology, just as they've done with NASA's communications satellites.

Congress could hold early hearings on this topic in December, during the next big UN climate meeting (COP 25) in Chile. Mankins, Jaffe and others could testify, along with the head of NASA. Thunberg herself might be glad to learn that the US Congress and NASA want to bring her dreams back from the moon. Some say that's where all the lost things go.