Agnikul Cosmos started as a four-member team in 2017. Now, it has close to 100 employees. 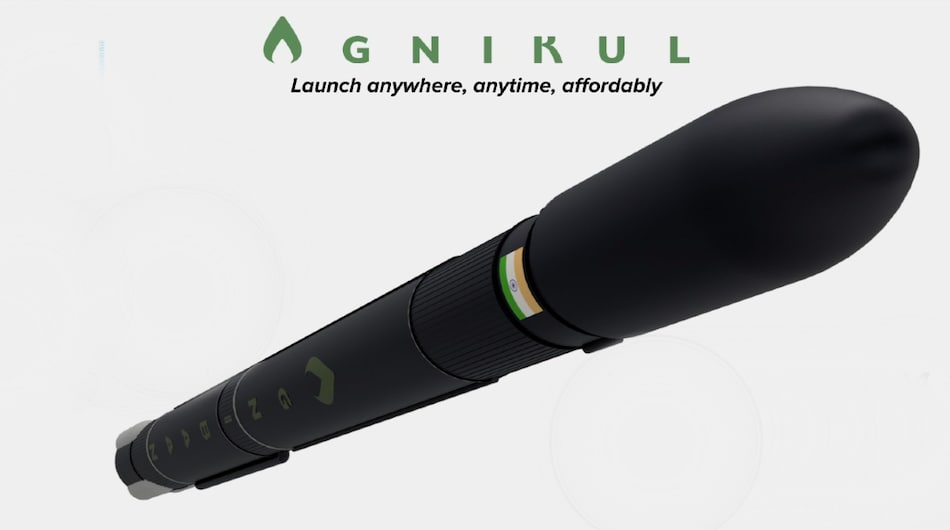 Agnikul Cosmos, an Indian space tech startup looking to take advantage of the massive space travel opportunity of the next decade, has been grabbing headlines in the recent times. From signing deals with Alaska Aerospace Corporation in the US, to signing an MoU with ISRO for accessing its infrastructure and technical expertise, Agnikul Cosmos has made giant leaps since its inception in 2017. This IIT Madras incubated startup is currently working on its popular launch vehicle Agnibaan and looks to carry out its first launch in 2022. This Agnibaan launch rocket is being developed to carry up to 100-kg small satellites to low orbit Earth.

The space company looks to provide a cab-like service to small satellite manufacturers, enabling them to launch from anywhere and anytime from across the globe. Agnikul Cosmos is also looking at ways in which space transportation can be made more affordable and more accessible, for research, technology development, and businesses. In the future, it looks to do at least 20-25 launches every year.

Gadgets 360 spoke to Srinath Ravichandran, co-founder and CEO, Agnikul Cosmos to know a bit more about the company's journey so far and its future plans.

1. What were you doing before you began Agnikul Cosmos?

2. What motivated you to begin Agnikul Cosmos? How did you meet your fellow co-founder?

Story goes back to 2015, when I was in Los Angeles, I visited a lot of universities and other companies and saw that every place worth something had a small satellite waiting to be launched. So, I saw a problem for small satellites accessing space through conventional launch vehicles. It felt similar to what we see in rideshare through ground transportation - say in a bus along with other people - there should be space in the bus, the bus should go to the same place that you want to go and it will start only after the bus is full. All these were pain points for the small satellite manufacturers, we wanted to address this with a cab like solution which can be launched from anywhere and anytime in the globe. This led to the core idea behind Agnikul Cosmos.

Along with my then friend and now cofounder - Moin, who was running his own business, we decided to pursue this idea a bit. We felt, academic institutions are a good way to start. We created a list of IITs which were working on aerospace related technologies. We cold called and mailed about 70-80 professors. One such cold call got us introduced to Professor Satya Chakkaravarthy from IIT Madras. He believed in our idea and told us that he found the concept of a quick cab service to space quite interesting. Agnikul was basically born at that moment.

3. What was it like in the first year of being in business? What are your key learnings from the early days?

Early days were all about figuring out stuff. Though Moin had run businesses in the past and I had networked a lot with multiple startups, doing something in aerospace hardware was new to both of us. Figuring this out and getting a road map out of the idea was the key challenge in the first year. Our key learnings included trying to come up with a story that one could give an investor, and how to pitch ourselves to customers. Luckily, we have always had the support of retired ISRO scientists through Professor Chakravarthy. So, the challenges from a hardware front were more about implementation of the product as opposed to the core design or strategy needed.

4. What are the challenges in building space technology in the country?

The main challenge used to be policy and regulation. There was no regulatory authority to license our activities earlier. But currently with the creation of IN-SPACe and policy changes, we see space becoming the next big thing in India. We as a country I believe are in the right place at the right time.

5. What was the impact of the COVID-19 crisis on your plans?

As a hardware company, it was very difficult for us to manage the situation without doing any actual hardware testing which created an impact in our launch timeline. During the second wave, we stopped all our Liquid oxygen based testing in order to support the country in the oxygen crisis. However, as a team, we planned all activities in a phased manner despite COVID and we successfully qualified our single piece 3D printed engine right through the crisis. We also created extensive vendor databases to help us have multiple backups in case of problems of supply chain and procurement through the crisis.

6. In which year did Agnikul Cosmos make considerable progress? Could you offer more details on what happened through that year?

Every year has been huge in its own way. From our start in December 2017, each year we were able to hit some meaningful milestone. Thankfully, if we have to pick, 2021 has been a remarkable year for us so far as we have tested our second stage engine and also raised our series A which is India's largest space tech funding round. In addition, we also signed an MoU with the Department of Space which has pushed us much closer towards our dream of launching from Indian soil.

7. What products have you built so far? What are you working on?

At present, we are working on testing and integration of various subsystems of Agnibaan. We have successfully designed, realised and qualified our engines. We have successfully fabricated all propulsion subsystems such as pumps and motors and we are actively placing orders for many of the large components of the vehicle such as tanks and structural subsystems. We are planning for our first launch by the end of 2022.

8. Could you help give a sense of how far Agnikul Cosmos has come in these few years? From when it began to where it is now.

We incorporated in December 2017 as a four-member team, now we have close to 100 members (YoY - 4, 12, 36, 50, 100) from various backgrounds working together with a dream of making space accessible to everyone. We have raised close to $15 million (roughly Rs. 112 crores)  funding raised over three years of funding every year since 2019 ($0.5 million, $3.5 million, $11 million) and signed a MoU with India Space Research Organisation for utilising their infrastructure and technical expertise. We have also signed agreements with supporting agencies like Leafspace for ground stations. In addition, we have onboarded a few customers across the globe to launch with us. We are still a pre revenue company with customer Letters of Intent steadily increasing over the years.

9.   How did the ISRO partnership come about? Apart from infrastructure access, how else will it help the business?

Agnikul is the first company to sign agreements with ISRO including an MoU with ISRO (which happened very recently). This MoU will provide us access to infrastructure for testing multiple subsystems such as engines and avionics packages. Working out of ISRO facilities will give us invaluable guidance besides accelerating our time to get the product flight ready. In addition, we see this partnership as a major step in allowing private players in space sectors to work alongside ISRO. Also, this will help us review our designs with ISRO experts.

10. Could you speak about the unique 3D-printing tech that you use to build your rockets?

Most of the parts of our launch vehicle are made through 3D printing. We rely on 3D printing to reduce the fabrication and turnaround time. We have recently realised and qualified our fully 3D printed, single piece and semi cryogenic engine - Agnilet. This will be part of the second stage of our vehicle and it's one of its kind in the world. We have realised the full-scalemodel and showcased it for the first time in IAC, Dubai.

11. Is India ready for a space-tech revolution? How long before we have companies that do work at a scale like SpaceX in India?

With the efforts of our Honourable Prime Minister, Indian Space Research Organisation, space is becoming the next booming thing in India. Environment is very favourable for space startups now and with the number of space companies raising investment, the day is not so far. Very soon India will have its own SpaceX up and running.

12. Have you thought about ways in which you could reduce the cost of space travel?

We are a space transportation company - everything that we do has an angle of space travel cost reduction. Starting from highly modular vehicle designs, to efficient energy management systems such as new age batteries, to engines that can be easily manufactured, we believe the cost of space travel can be drastically reduced when one is able to iterate hardware at the speed of software.

13. What are the other plans for the future?

Future plans exist from scaling to do at least 20-25 launches a year (a launch on-demand every 2 weeks). We also have plans to make the rocket extremely customisable and tailor it specifically for each satellite's needs - all satellites are special enough to demand a rocket of their own.

14. How long before space travel becomes as common as air travel?

I expect this to be taking 15 years or so in India. Globally, it could happen in seven to eight years. Three things have to happen before we get here - A) Cost of travel has to come down meaningfully, B) Awareness on how reachable space is should go up, C) Rocket Science should not be “rocket science” to get here. Companies such as ourselves are working on all of these areas to make space transportation as common as air transportation.

You won't always have luck but all you have to do is try till that point. I have always had this belief and tell my teammates as well. If you take a graph, and try to plot output vs. hard work, sometimes, for the same amount of hard work you will get more output, you never know when this phase will come. All you have to do is continue with steady, consistent brute force effort and, one day things will suddenly be in your favour.

16. What is the employee strength? Is Agnikul Cosmos hiring currently?

We are currently a 100-member team and we are scaling rapidly. We are hiring people for various verticals currently, please do check out our careers page for details and drop your resume at humancapital@agnikul.in too. Anyone who is really really good at anything, has a place at Agnikul!