A Brief History of Gravity, Gravitational Waves and LIGO 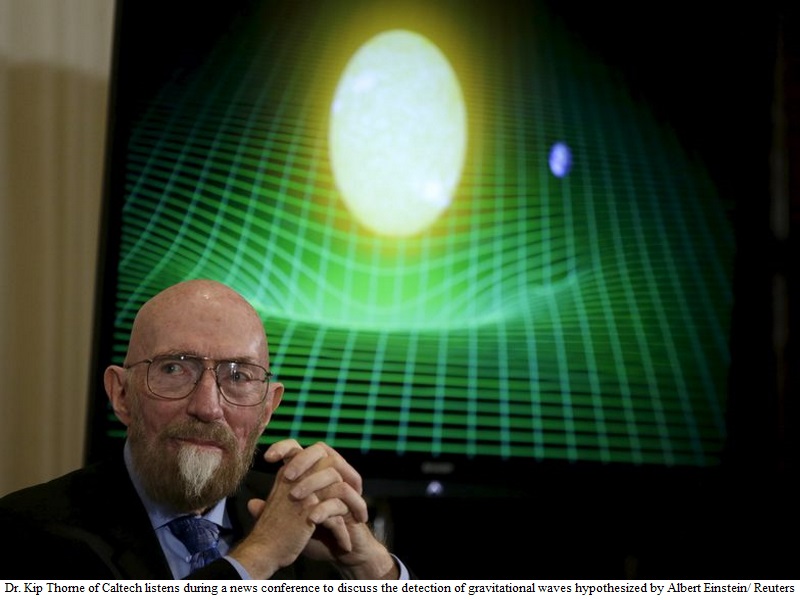 This has turned into Gravity Week here in Washington. Loads of journalists (many in town for the annual meeting of the American Association for the Advancement of Science) crammed into the National Press Club on Thursday morning for a news conference to discuss an experiment called LIGO, which stands for Laser Interferometer Gravitational-Wave Observatory.

Scientists announced that they have succeeded in detecting gravitational waves from the violent merging of two black holes in deep space. So let's mull gravity and why it's been such a mysterious force for so long.

Gravity is invisible, as you may have noticed, and a little bit spooky, because it seems to reach across space to cause actions at a distance without any obvious underlying mechanism. What goes up must come down, but why that is so has never been obvious.

(Also see:   What Are Gravitational Waves, and Why Should You Care?)

Physicists tell us there are four fundamental forces in the universe: Gravity, electromagnetism, the strong nuclear force and the weak nuclear force. Of these, gravity is the most anemic, and yet over cosmic expanses it has shaped the universe. In our solar system, it governs the planets and moons in their orbits. On Earth, it motivates the apple to fall from the tree. You can feel it in your bones.

In the late 16th and early 17th centuries, Galileo brought scientific experiments into the conversation, and he discovered that a heavy object and a light object actually fall at the same speed. One biographer claimed that he proved this by dropping two spheres from the Leaning Tower of Pisa, but the story may be apocryphal. (In 1971, Apollo 15 moonwalker David Scott did his own version of the experiment, dropping a geologist's hammer and a feather and showing that they hit the lunar surface simultaneously.)

Galileo also discovered that objects always fall with constant acceleration and along a parabolic curve. "Galileo's observation that all falling objects trace a parabola is one of the most wonderful discoveries in all of science," physicist Lee Smolin writes in his book "Time Reborn."

Then came Isaac Newton. In the second half of the 17th century, he developed a universal law of gravity. He calculated that the attraction between two bodies was equal to the product of their masses divided by the square of the distance between them. This is true on Earth as well as in space. It explains the tides. It explains the motions of the planets around the sun. This is a basic law of nature, true anywhere in the universe.

But even Newton admitted that he didn't understand the fundamental nature of this force. Newton could describe gravity mathematically, but he didn't know how it achieved its effects.

In the early 20th century, Albert Einstein finally came up with an explanation, and it's rather astonishing. First he grasped that gravity and acceleration are the same thing. His General Theory of Relativity, formulated in 1915, describes gravity as a consequence of the way mass curves "spacetime," the fabric of the universe. It's all geometry. Objects in motion will move through space and time on the path of least resistance. A planet will orbit a star not because it is connected to the star by some kind of invisible tether, but because the space is warped around the star.

"Gravity, according to Einstein, is the warping of space and time," Brian Greene wrote in his book "The Elegant Universe."

Einstein's great theory has been tested and retested and has always come out on top. Most famously, the British astronomer Arthur Eddington observed a solar eclipse in May 1919 and concluded that starlight passing close to the sun was, indeed, bent in a manner consistent with Einstein's theory. Eddington's endorsement triggered global publicity for Einstein that made him a celebrity and the personification of scientific genius.

One of the predictions of Einstein's equations (though Einstein himself wasn't ready to buy in fully) was the existence of gravitational waves - ripples in the spacetime fabric. Scientists in subsequent decades looked for such waves to no avail. The University of Maryland physicist Joseph Weber built gravitational-wave detecting devices and claimed to have discovered such waves, but his claims were disputed and ultimately discredited. But there were physicists who were not ready to give up the quest, and they ultimately persuaded the National Science Foundation to fund the creation of LIGO, which has two facilities, one in Livingston, Louisiana, and the other in Hanford, Washington.

LIGO had its detractors from the very start because it was going to be expensive and might detect nothing at all. These waves, if they existed, would be extremely subtle. It's not like picking up the vibration from a passing truck. The gravitational waves, in theory, should contract or expand space by an almost infinitesimal amount. A detector a couple of miles long might become longer or shorter by less than the width of a subatomic particle.

Gravitational waves pass through everything and can't be directly captured. So the two LIGO facilities use a laser beam to try to deduce the passing of a gravitational wave. The beam is split in two, with each part bouncing off mirrors perched at the end of perpendicular, airless tubes about 2.5 miles long. When those cleaved beams again converge, they should align perfectly - unless some invisible gravitational waves have come trundling through the building, stretching one tube or compressing another and thereby changing the distances traveled by the beams.

One of the controversies over LIGO was simply about the name. Was it really an "observatory"? Some astronomers weren't ready to go there. Astronomy has always been a science built around light. When astronomers talk about observing in the optical, the infrared, or with radio waves or gamma rays or X-rays, they are talking about different wavelengths of light, each creating its own visual picture of the universe.

But gravitational waves, if confirmed, would represent a new form of cosmic information. It would be a new way of seeing the universe - or, to use a better metaphor, of hearing the universe. Physicists say this would be like adding sound to what we can already see.

The movie of the universe has always been spectacular, but it would be even better with sound.