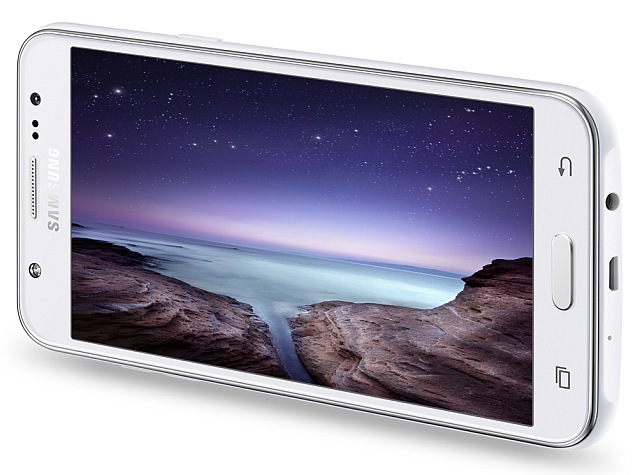 Samsung has sent invites for an event in New Delhi on Thursday, where the South Korean consumer electronics giant is expected to launch its newly unveiled Galaxy J5 and Galaxy J7 selfie-focused smartphones.

The company's invite for the event on Thursday features an image of a smartphone, along with the caption, "Unveiling of the latest stars in the Galaxy series." With a front-facing flash module clearly visible in the image, Samsung appears to be pointing to the launch of its only smartphones with front-facing LED flash - the Galaxy J5 and Galaxy J7 - though the module is placed differently.

The Samsung Galaxy J5 features a 5-inch TFT display with a HD screen resolution of 1280x720 pixels. The smartphone is backed by 1.2GHz quad-core Snapdragon 410 SoC coupled with 1.5GB of RAM. There is 16GB of built-in storage, which is further expandable via microSD card (up to 128GB).

The Samsung Galaxy J7 features similar specifications to the Galaxy J5. The only differences in the Galaxy J7 are the larger 5.5-inch TFT display with the same resolution, an octa-core Snapdragon 615 (four 1.4GHz cores + four 1GHz cores), and a 3000mAh battery rated to deliver 354 hours of standby time. The smartphone measures 152.2x79.1x7.9mm and weighs 168 grams.