Are Samsung Galaxy Z Fold 3, Z Flip 3 Still for Enthusiasts — or Good Enough for Everyone?

This week’s episode of Orbital is all about Samsung’s new foldables. 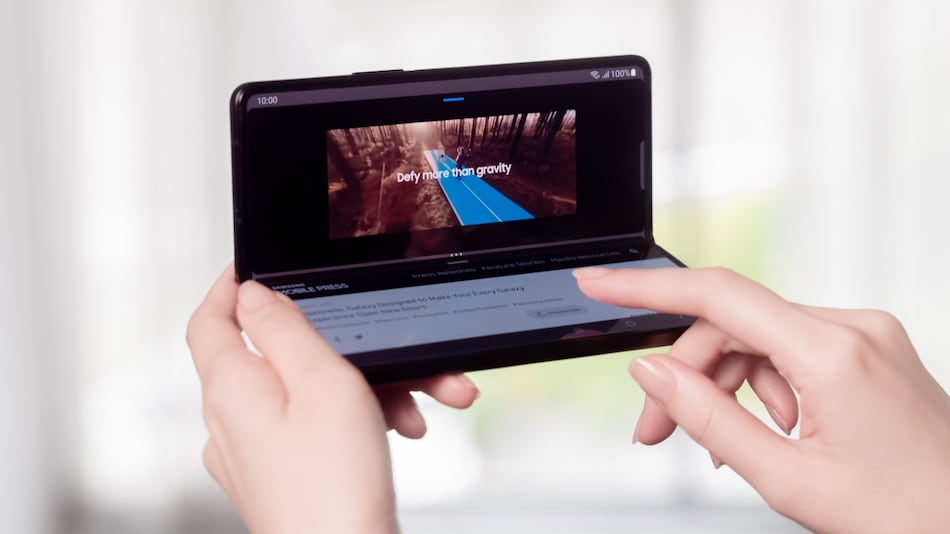 Samsung Galaxy Z Fold 3 and Galaxy Z Flip 3 are the two new foldable phones by the South Korean smartphone giant, available in September in India. Both were unveiled at the Galaxy Unpacked event last week with Samsung's usual pomp and show. Now that the Galaxy Z Fold 3 and Galaxy Z Flip 3 have been launched in India, with prices fairly competitive with top-of-the-line smartphones, we wonder whether these next-gen foldables are good enough for everyone — or are they still only for enthusiasts.

Additionally, the Galaxy Z Fold 3 and Galaxy Z Flip 3 are bundled with an instant cashback of up to Rs. 7,000 on purchases made using an HDFC Bank card. Customers can alternatively get an upgrade voucher of up to Rs. 7,000 that can be availed when exchanging and old smartphone. Samsung is also offering a full year of subscription-based Samsung Care+ Accidental and Liquid Damage Protection that is worth Rs. 7,999 on pre-booking the Galaxy Z Fold 3 and Rs. 4,799 on pre-booking the Galaxy Z Flip 3.

On the hardware front, the Samsung Galaxy Z Fold 3 comes with better resolution for both its folding and cover [outer] displays. The cover display has also been upgraded with up to 120Hz refresh rate to deliver an enhanced viewing experience. Further, there is S Pen support to bring traditional note-taking capabilities and allow users to draw doodles on the foldable screen.

Samsung has also used an under-display camera on the inner folding screen of the Galaxy Z Fold 3 to give a futuristic feel to users. Based on what we've seen so far though, the new camera tech has however, not yet matured, and its image quality may not be as high as a traditional sensor. After all, the camera is looking through a screen, though expect a deeper look in our review, soon.

On the Samsung Galaxy Z Flip 3, you're getting a better pixel count on the folding display and a larger cover display that is of 1.9-inch in size — 0.8-inch larger over the Galaxy Z Flip that had a 1.1-inch display. It might seem like a small gain, but that's nearly a 73 percent improvement.

The Samsung Galaxy Z Flip 3 is also a bit slimmer in design over the original Galaxy Z Flip — at 17.1mm thickness when folded and 6.9mm when unfolded. By comparison, the original Z Flip measured 17.3mm and 7.2mm, respectively. Again, slim margins but meaningful.

With the compelling hardware in place, Samsung could likely give a tough fight to similarly priced flagships including the iPhone 12 Pro Max, OnePlus 9 Pro, and the Mi 11 Ultra. Of course, foldables is a new category in itself, so it's not an apples-to-apples comparison for most buyers.

The new foldables in the Galaxy Z series also have some software tweaks from Samsung to provide improved user experiences. Further, there are upgrades from Microsoft on its proprietary apps to support the foldable form factor in a better way than before.

We talk about all this and much more, so listen to our complete discussion by hitting the play button on the Spotify player embedded above.

If you have not yet done so, you should follow the Gadgets 360 podcast on Amazon Music, Apple Podcasts, Google Podcasts, Spotify, and wherever you get your podcasts. Please also rate us and leave a review.

What Are Cryptocurrencies? Making Sense of Bitcoin, Dogecoin, Ether, and the Rest
Twitter DMs Get Improvements: Now Easier to Share Tweet With Individuals, Better Navigation, More