Zuckerberg, wife second biggest charitable donors in the US 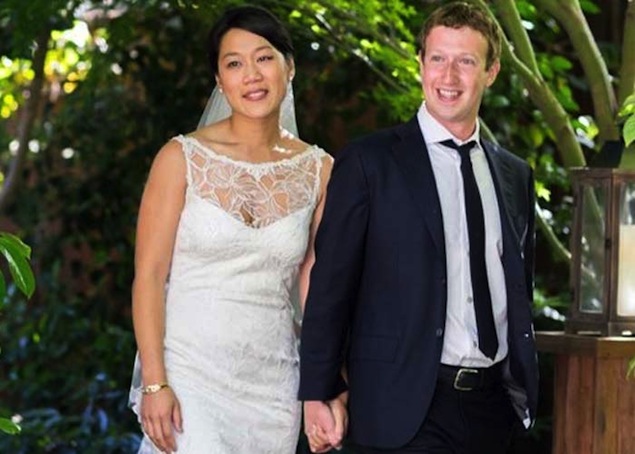 Facebook co-founder Mark Zuckerberg and wife Priscilla Chan were the second biggest charitable donors in the United States last year. This information was revealed by The Chronicle of Philanthropy's annual Philanthropy 50 report for the year 2012. The report lists the top donors every year.

According to the report, Mark Zuckerberg and Priscilla Chan donated a total of $498.8 million to be the second-most generous donors. Billionaire investor Warren Buffett took the top spot by donating $3.1 billion to various charities during the year.

The report revealed that Zuckerberg and Priscilla gave 18 million shares of Facebook stock, valued at about $498.8-million, to the Silicon Valley Community Foundation to support education and health programs. It also added that this is Facebook CEO's second large donation, after his $100 million pledge to establish Startup: Education, a foundation to support programs working to improve public schools in Newark, way back in 2010.

Other tech luminaries on the list included Microsoft co-founder Paul Allen at number 4. He donated $309.1 million in 2012, including a $300 million donation to the Allen Institute for Brain Science to pay for the first phase of a 10-year project to examine how the brain works and what causes neurological disorders.

Google co-founder Sergey Brin and wife Anne Wojcicki are at number 5 on the list, having donated $222.9 million to charity, including a $32.8 million grant to the Michael J. Fox Foundation for Parkinson's Research.

Chairman of Oracle Corporation Jeff Henley, and wife Judy Henley, donated $50-million to the University of California at Santa Barbara to be featured at the number 21 spot in the list. Oracle co-founder and CEO Larry Ellison was the other tech giant in the list, donating slightly more than $45.6-million to his Ellison Medical Foundation to support biomedical research, to feature at number 29 spot on the list.
Comments