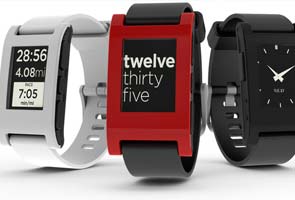 A new way of powering gadgets using simply a person's own body heat has been developed by an American company that specialises in green power sources.

This week at a technology show in New York City, Perpetua was showing a new way of powering gadgets, Fox New reported Saturday.

It's not, strictly speaking, a new way. The technology is based on a principle discovered nearly 200 years ago by physicist Thomas Johann Seebeck. Seebeck found that a combination of materials, when warmer on one side and colder on another, produces electricity.

Current heat wave notwithstanding, the human body's temperature of around 98.6 degrees Fahrenheit is usually hotter than the air around it.

So Perpetua has developed an armband, soon to become a wristband, that produces enough power for small electronics - not smartphones, but items such as Bluetooth devices.

What else uses that level of power? A traditional watch does, he said, as do medical and fitness devices such as heart monitors.

Perpetua's first products are for the US government. The Department of Homeland Security's Science & Technology division, for example, is funding a power-conducting jacket to monitor the health and safety of first responders - with sensors for heart rate, breathing rate and levels of pollutants such as carbon monoxide.

But Perpetua is also aiming for consumer products - for example, a watch with a wrist strap that also doubles as a wireless power source, the broadcaster said.
Comments