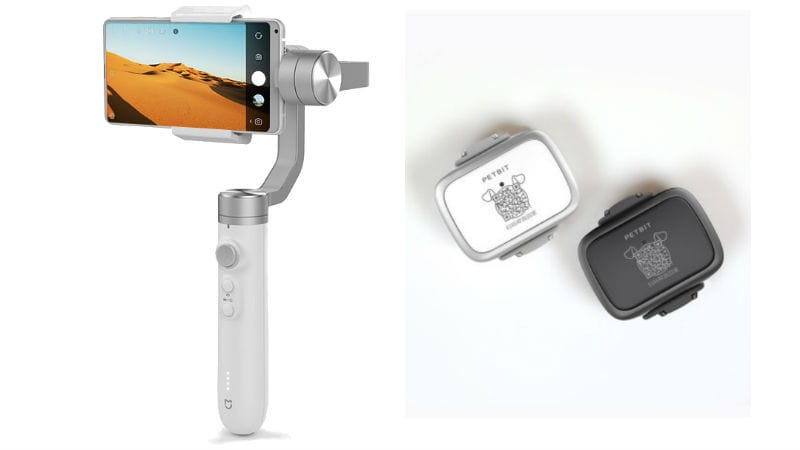 Xiaomi is one of the major manufacturers of low-cost fitness trackers, and it is now gearing up to enter the wearable market for pets. The Chinese company has launched a new device called PetBit in China. It is essentially a tracking device that you can attach to your pet's collar. Meanwhile, Xiaomi has also unveiled a Mijia-branded 3-axis gimbal for smartphones. The company has revealed some of the specifications and pricing details of the two products.

The Xiaomi PetBit fitness tracker for pets is priced at CNY 199, the company informed in a forum post. It is currently listed on Xiaomi's crowdfunding platform Youpin, and it is expected to start shipping on July 24. Meanwhile, the Xiaomi 3-axis Smartphone Gimbal has been priced at CNY 599 (roughly Rs. 6,300) and will be on sale in China starting June 16. This device has been listed on Xiaomi's China site.

Coming to the Xiaomi PetBit, it can be attached to neck belt of your pet. The PetBit offers several other options, such as the QR code on the PetBit can include detials of the pet's owner. This means, a lost dog's PetBit can be used to find the owner, simply by scanning a QR code. Notably, the device claims to offer a battery life of 30 days. It is also waterproof with the IPX7 certification.

The PetBit comes with an inbuilt GPS that provide location data of your pet. The device leverages Narrowband IoT (NB-IoT) technology for location details and also offers intelligent power saving mode. There is a Blue LED light keeps flashing, making it easier for owners to look for their pets. The device comes in White and Black colour models. Also, the device measures 5.04x4.6x1.83 cm and weighs 26 grams.

It is worth noting that, PetBit users can share their pets fitness data and other information within the PetBit community. The device is able o calculate fitness details like walking time, distance, and calories burnt.

Let's get to the Xiaomi 3-axis smartphone gimbal, the device was unveiled by the company back in 2017. However, that time it was only available in its crowdsourcing platform. It is based on a three-axis stabilization technology. Xiaomi’s product claims to feature high precision acceleration sensor that offers real-time detection of smartphone space position. Notably, the smartphone can have a maximum width of 86mm and weight of 200 grams.

The Mijia handheld gimbal is able to auto follow a subject. When the subject is selected in the app, the gimbal can follow it 360-degrees. The device is fueled by a 5000mAh battery that is claimed to last up to 16 hours. The gimbal can also be used for charging the smartphone as it supports up to 5V/1.5A output. The gimbal weighs 476 grams.