Who is Sundar Pichai? 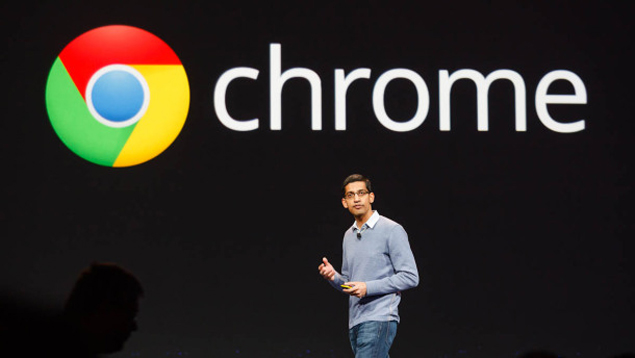 Hailing from the southern state of Tamil Nadu, Sundar Pichai was born in 1972. His educational background includes degrees in B.Tech from the Indian Institute of Technology Kharagpur, an M.S. from Stanford University and an MBA from the Wharton School, where he was named a Siebel Scholar and a Palmer Scholar. He had earlier worked at Applied Materials and McKinsey & Co. On the home front, Pichai is married and has one daughter and one son.

Sundar Pichai began his journey with Google in the year 2004 largely involved in product management and leading the innovation team for Google's Chrome and Chrome OS as the Vice President of Product Management of the company.

He was also involved with other Google search products, like Google Toolbar, Chrome, Desktop Search, Gadgets, Google Pack, Google Gears, Firefox extensions, apps such as Gmail and Google Maps and Mac products. It was under his supervision that the Chrome OS now resides on products such as the Chromebook Pixel.

Pichai has more than 15 years of experience developing high-tech consumer and enterprise products. He serves as a Member of Board of Advisors at Ruba, Inc. He has been a Director of Jive Software, since April 2011.

Google Chrome was launched in September 2008 and ten months later, in July 2009, the Chrome OS was born. "Google Chrome OS is being created for people who spend most of their time on the web, and is being designed to power computers ranging from small netbooks to full-size desktop systems. While there are areas where Google Chrome OS and Android overlap, we believe choice will drive innovation for the benefit of everyone, including Google", Pichai mentioned in a blog post.

On November 19, 2009, Pichai gave a demonstration of the Chrome OS. On May 20, 2010, he announced the open-sourcing of the new video codec VP8 by Google and introduced the new video format WebM to the public.

This was also the same year when Pichai got noticed for being approached by Twitter to lead Product after Jason Goldman, VP of Product for Twitter left in December 2011. But Pichai decided to stay with Google.

Pichai's newly added responsibility comes at a crucial time for Android and Google executives have begun to worry about Samsung's dominance over Google's OS. The South Korean company sells about 40 percent of the gadgets running on the Android OS and is about to unveil it highly anticipated flagship, Galaxy S IV.

Speaking about Pichai's accomplishments, Google CEO Larry Page expressed himself via a blog post saying, "Sundar has a talent for creating products that are technically excellent yet easy to use--and he loves a big bet. Take Chrome, for example. In 2008, people asked whether the world really needed another browser. Today Chrome has hundreds of millions of happy users and is growing fast thanks to its speed, simplicity and security. So while Andy's a really hard act to follow, I know Sundar will do a tremendous job doubling down on Android as we work to push the ecosystem forward.