What Steve Jobs did in India 35 years ago 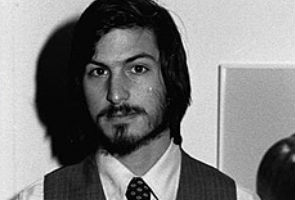 Highlights
Today, India woke up to a world without Steve Jobs. His company, Apple, has sometimes treated its India customers with disdain, launching products here months after the international release. Yet, India mourns with the rest of the world. But the truth is that Steve Jobs had a short lived fling with our country in the '70s, before he founded Apple, and like many flings it was a bitter experience.

Then an employee of video game company Atari, the young Jobs came to India with his friend Dan Kottke. Just when they were here and how long they stayed is a matter of some speculation. What is certain is that Jobs and Kottke were here between 1974 and 1976, and spent between one and three months travelling around North India. He was mystified by eastern philosophies; he was on a quest for higher learning, to solve the unanswered questions of science.

According to unofficial Steve Jobs autobiography iCon, Kottke states "He was totally determined to go to India". Kottke goes on to say, "He felt some kind of unresolved pain over being adopted. That was the same period that he hired a private investigator to try and track down his mother. He was obsessed with it for a while."

In New Delhi, Steve chose to don a lungi and roam around barefoot.In the flower child fashion of the era, he embraced Indian culture. Or thought he had. But India, he discovered, came bundled with beggars on the streets and the reality of poverty, far removed from the hippy-ish existence Jobs had led till then.

There was worse in store for him. He met a holy man in Kainchi near Nainital, who shaved his head on a mountaintop and claimed to know the whereabouts the elusive and much sought Neem Karoli Baba. Many versions of this story exist. In one such,this man turned out to be a fraud, and when Jobs' finally made it to the Baba's ashram he was found to have had passed away. Jobs later said "We weren't going to find a place where we could go for a month to be enlightened. It was one of the first times that I started to realize that maybe Thomas Edison did a lot more to improve the world than Karl Marx and Neem Karoli Baba put together."

By now Jobs' spiritual quest lay in tatters as did his notions of the world.  To his emotional turmoil was added a measure of physical discomfort. Both Jobs and Kottke were struck down with diarrhea and fatigue in the unforgiving Indian summer. Kottke describes this time: "Out there in the dry creek bed, in the middle of India, completely disoriented, all our rhythms and beliefs shattered, where we were sure a flash flood would come through any moment, the two of us praying to any god that could here us; Dear God, if I ever get through this, ill be a good person, I promise."

Finally, Kottke's traveller's cheques were stolen and the companions had to cancel a planned trip to the cooler climes of Manali.

India both traumatised Steve Jobs and changed his life. He returned to Atari a Buddhist, and a more focused and hardened individual. Did he find in India the steel that was to allow him to survive an ouster from the company he founded and then to return and rise to unexpected heights?

After returning to Atari, Jobs' rekindled his friendship with high school mate Steve Wozniak who was working at Hewlett-Packard then. Together, the two Steves launched a startup called Apple Computer from Jobs' garage in Palo Alto, California.

It's hard to say if India's less than favoured status with Apple can be attributed to Steve Jobs' early experience with the country. But it is definitely true that it was then that the foundations were laid for the titanic, perfection-obsessed, often ruthless personality he was to become later.
Comments

Apple fans use Jobs' devices to mourn him
Jobs and his celebrity: A love-hate relationship