Watch: Sony's Prototype Drone That Can Travel at 170 Kilometres per Hour 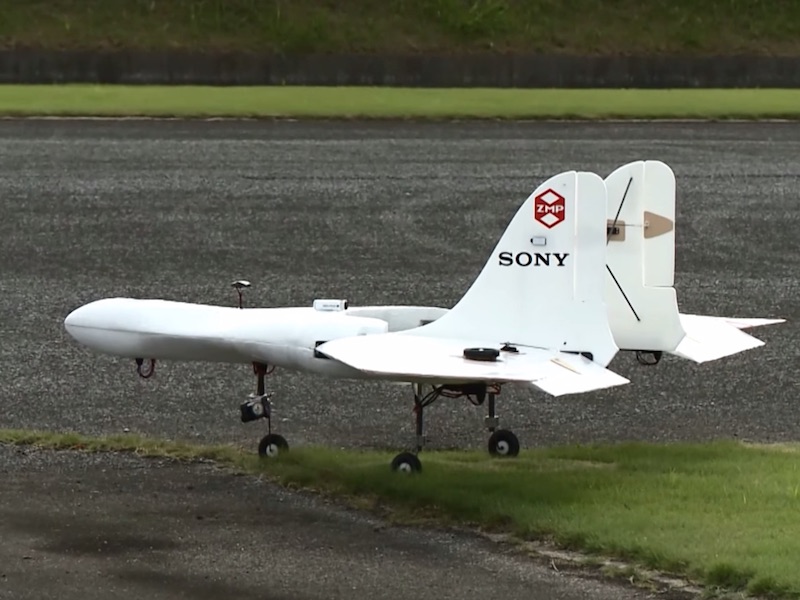 Sony Corporation in July partnered with Tokyo-based startup ZMP Inc to launch a new subsidiary called Aerosense. The joint venture, which is an all-purpose drone company for business customers, has unveiled a prototype of a drone that is able to carry objects weighing up to 22 pounds (approximately 10kgs).

Aerosense has posted the first video of a prototype drone that is capable of taking off and flying around for about two hours while carrying heavy weights. The drone, which has wings like a small jet, is able to carry objects up to 22 pounds and fly for more than two hours at a speed up to 106 miles (approximately 170km) per hour.

The drone utilises rotating turbines to handle vertical takeoff and landing. This makes it fit to be used in dense areas like cities. With Aerosense, Japanese technology conglomerate hopes to automate a number of processes that are currently handled by humans. These processes include measuring, surveying, observing, and inspecting large areas.

The market for drones is heating up pretty quickly. Big technology companies including Amazon and Google among others have shown interest and plan to make use of this emerging technology for commercial purposes.

Sony Corporation, which is concerned about the poor performance of its mobile division and other businesses, is actively looking into new ventures. The company announced earlier this year that it will refocus on its core strengths. Sony CEO Kazuo Hirai had announced that the company will largely focus on PlayStation gaming division, Sony Pictures, Sony Music, and its devices business. With ZMP, the company targets an ambitious YJP 10 billion (roughly Rs. 550 crore) in revenue by 2020. The companies hope to kickstart Aerosense services by 2016.

Test Identifies Fastest and Slowest Charging Smartphones
D for Design, Not Deals: Can E-Commerce in India Move Beyond Discounts?