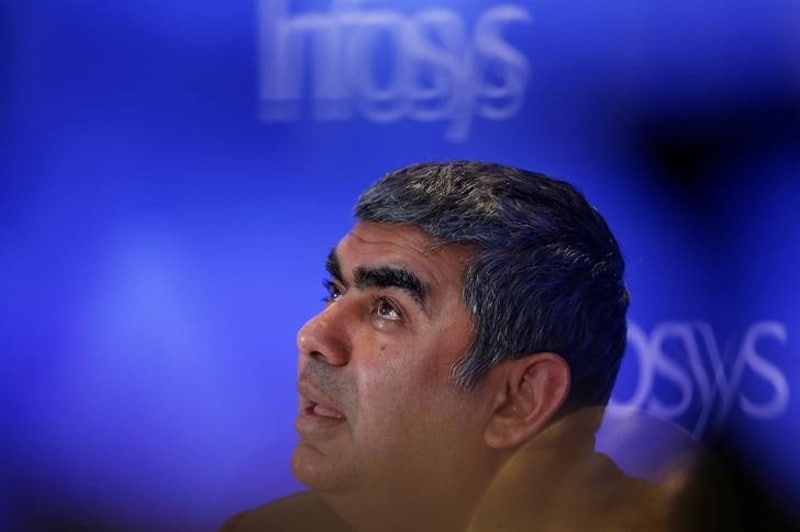 Vishal Sikka has resigned as Infosys CEO and MD, a little over three years after joining the company as its chief executive. Long-time executive and COO U.B. Pravin Rao has been appointed the interim Infosys CEO as Vishal Sikka resigned with immediate effect. A former SAP top executive, Sikka joined India's second biggest software exporter in June 2014 in an effort by the company's board to infuse fresh blood at the top after co-founder S.D. Shibulal's term as chief executive ended. Despite giving up the post, Sikka will remain associated with the company in the capacity of Executive Vice Chairman.

Vishal Sikka about resigning as Infosys CEO said to the board, "Over the last many months and quarters, we have all been besieged by false, baseless, malicious and increasingly personal attacks. The distractions that we have seen, the constant drumbeat of the same issues over and over again, while ignoring and undermining the good work that has been done, take the excitement and passion out of this amazing journey."

In a statement, Infosys said, "The board understands and acknowledges Dr. Sikka’s reasons for resignation, and regrets his decision. In particular, is profoundly distressed by the unfounded personal attacks on the members of our management team that were made in the anonymous letters and have surfaced in recent months. As the board has previously stated, a series of careful investigations found no merit to the unsubstantiated and anonymous allegations that had been asserted.  The board denounces the critics who have amplified and sought to further promote demonstrably false allegations which have harmed employee morale and contributed to the loss of the company’s valued CEO."

Co-founders of Infosys, including N.R. Narayana Murthy, had questioned a pay rise granted to Vishal Sikka and the size of severance payouts given to other executives, including its former finance head Rajiv Bansal. This is among the several decisions that the co-founders and former top executives of the company were unhappy with in Vishal Sikka's tenure.

Infosys shares declined by more than 7 percent on this surprise announcement. Sensex also fell over 200 points on this news. The company will organize two investor calls at 11am IST and 6pm IST/ 8:30am ET, and will be hosting a press conference at 2pm IST.

Who will be new Infosys CEO?

The board will now begin the search for the next Infosys CEO and MD, which should be completed by March 31, 2018 according to the company. Vishal Sikka will remain in his position as Executive Vice Chairman until then, and will draw a nominal salary of $1 (roughly Rs. 64). Interim CEO U.B. Pravin Rao will report to Vishal Sikka. Outstanding equity the latter holds shall continue to vest (and, in the case of stock options, become exercisable) in accordance with their terms. He will continue to focus on strategic initiatives, key customer relationships and technology development for Infosys.